Skull of WWI soldier headed back to Australian Army 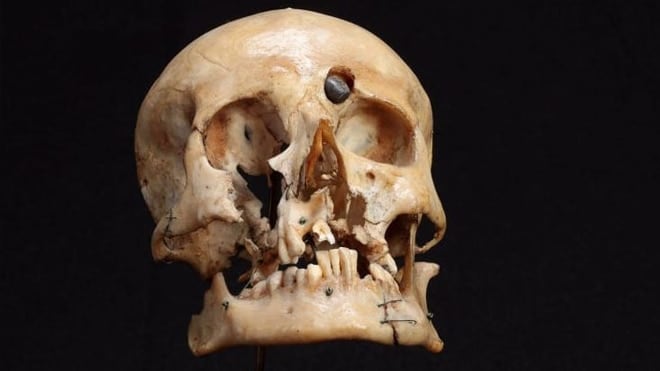 The skull of Pvt. Thomas Hurdis.

The skull of an Australian soldier who was killed during World War I will make its way from a medical museum in Philadelphia back into the hands of the Australian Army.

“We can appreciate the position of, and are sympathetic to, the mission of the Australian Army,” said Robert Hicks, director at Philadelphia’s Mutter Museum. “The recovery of remains of soldiers who were lost in combat or died as prisoners of war is vital work.”

The skull is that of Pvt. Thomas Hurdis, of New South Wales, who was 27 years old when he was shot in the head during the first World War. His skull still bears the bullet lodged above his left eye socket, and its return was announced on the 100th anniversary of the soldier’s death.

On Sept. 28, 1917, Hurdis was wounded at the Battle of Polygon Wood in Belgium, and treated in France by a doctor from Philadelphia. But five days after he was shot, Hurdis, apparently disoriented at the time, bled to death after removing his bandages.