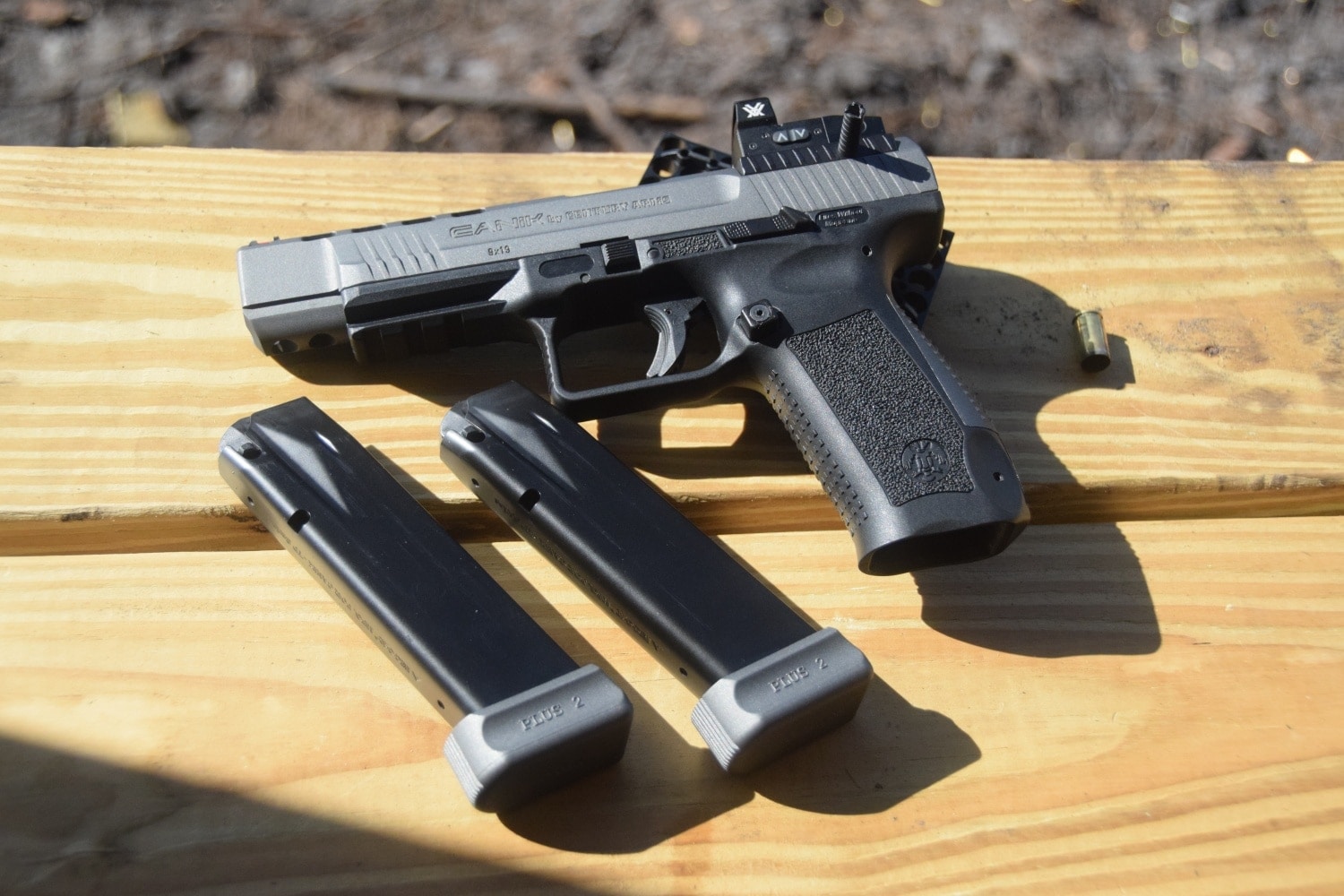 The TP9SFx will now ship with a Vortex optic allowing competition shooters an affordable race gun out of the box. (Photo: Nicholas C via The Firearm Blog)

Century Arms, importer of Canik handguns and accessories, announced a new partnership with Vortex Optics to deliver the Canik TP9SFx with a Viper red dot.

The TP9SFx was built to be an “out of the box” competition ready handgun for race shooting. The 5.2-inch barrel already comes equipped with Warren Tactical sights along with four different red dot interface plates for optics. The Viper by Vortex mounts easily on the slide, offering a low profile position close to the bore axis. This positioning allows shooters to co-witness with suppressor height iron sights, if used in place of the mounted Warren Tactical sights.

The Viper is equipped with a 6 MOA red dot allowing for fast target acquisition. The red dot is both waterproof and ruggedly designed, built to withstand brutal environments. Compact and lightweight, the optic adds only 1.1 ounces to the overall weight of the TP9.

The addition of the Vortex optics provides an affordable solution for action pistol and 3-gun competitors, says Century Arms.

“Canik is proud to have partnered with Vortex Optics for this project,” said Jason Karvois, Century Arms Director of Sales, in a press release. “We feel that the quality, value, and lifetime warranty of the Viper Red Dot are an excellent fit with the TP9SFx pistol.”