Moose hunter blasts critics on Facebook for calling her 'disgusting' 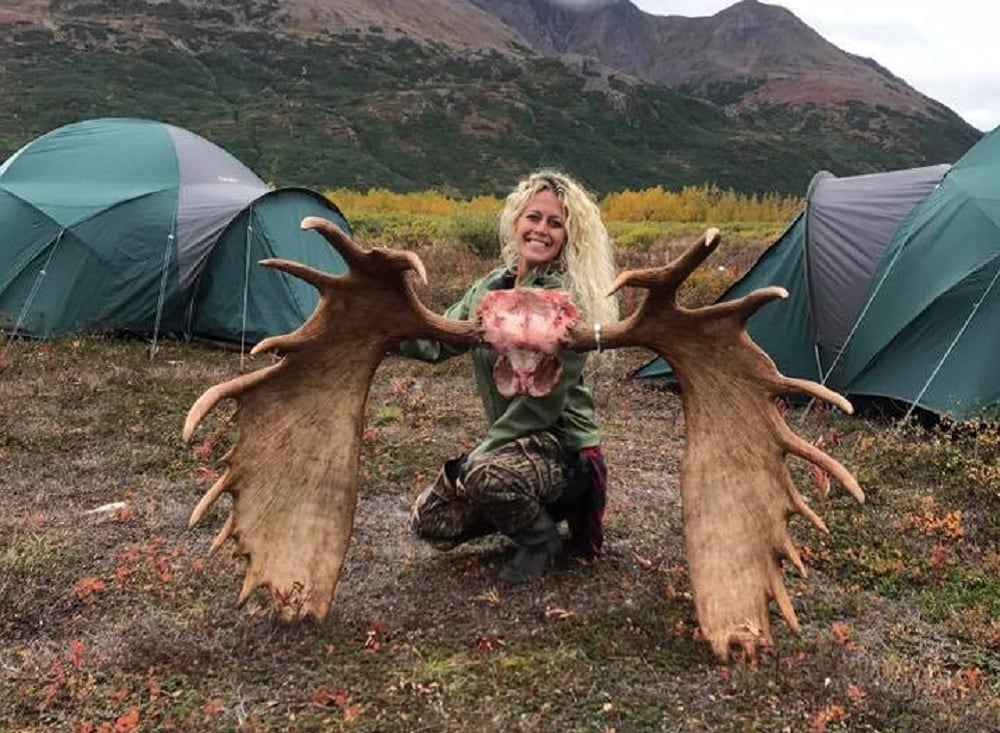 Hunting enthusiast Jessica Grays posing with massive horns taken from a moose killed by her partner on a recent hunt in Alaska. (Photo: Facebook)

Hunter Jessica Grays has blasted critics on Facebook for calling her “disgusting” after she posted images of a bull moose her partner took down on a recent Alaskan hunt and even thanked her detractors for their heated comments, since the controversy has landed her a number of speaking and sponsorship opportunities.

“I just wanted to take a second and say THANK YOU!” Grays said in a Facebook post. “It has created quite the media stir bringing this to a National Platform where I have media, newspaper, huntings blogs, radio stations and women’s rights groups contacting me to be spokesperson and sponsorships from it! Please keep the HATE coming! Two days ago I was a passionate small town hunter and today I have multiple new sponsors and hunts lined up across the country.”

Grays also took the opportunity to explain her position and claimed she was actually a lover of animals and had raised several herself. She argued her critics were uneducated when it comes to hunting.

“Since returning from our hunt in Alaska and the many responses on social media, my family and I have been ambushed continually with threats, even death threats and called the most disgusting and filthy and evil names,” Grays said.

“This has been a clear illustration of just how disconnected from reality and uneducated some people are when it comes to hunting, hunters and the environment,” she continued. “I would challenge any of those who have launched the barrage of hate and criminal threats towards my family, my children and me personally; I challenge them to actually educate themselves on the law, on the environmental impact that controlled lawful hunting provides, and to learn the difference between humans and animals.”

Grays initially posted pictures from her Alaskan hunt on Sept. 19 and included a number of photos of herself and her partner harvesting a bull moose. She also posted photos of herself holding the moose’s massive horns in front of their camping site.

The backlash began soon afterward, as numerous people responded negatively to her posts and called her and her partner “disgusting.” Some even said they wished them harm in future hunts.

However, there were also supporters who took the time to comment and congratulate Grays and her partner for taking down the moose. Some argued hunters helped to conserve the Alaskan moose population by thinning herds.

Grays also issued a statement to Yahoo news regarding the controversy, saying she was particularly saddened by her critics’ responses after the tragic mass shooting in Las Vegas.

“I find it unfortunate that the day after we as a nation suffer the greatest loss of human life in the tragic Las Vegas shooting; that instead of coming together as a nation to preserve and honor the sanctity of human life, I have received hundreds of death threats from the anti-hunting community,” Grays said.

“For me hunting is a part of who I am, I am very passionate about it,” she continued. “It has been my husband’s dream to harvest a moose for over 20 years. I value the animals [sic] life and the process it takes to hunt them. Nothing goes to waste.”