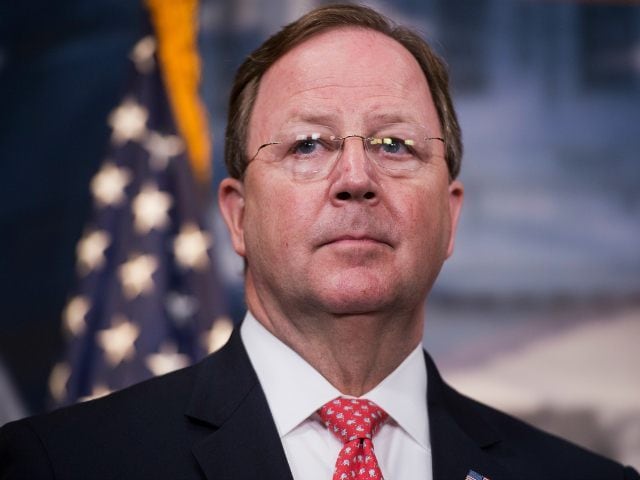 A Democratic proposal to ban bump fire stocks has gained some Republican support in the U.S. Congress over the last couple of days.

The measure, called the Automatic Gun Fire Prevention Act, was introduced Wednesday by Senate Judiciary Committee Ranking Member Dianne Feinstein and a number of other Democrats and has since gained the support of several Republicans in Congress.

The bill would prohibit the sale, manufacture, and possession of all bump fire stocks, which police say were fitted to rifles used by gunman Stephen Paddock to kill 58 people and injure over 400 in the Las Vegas mass shooting Sunday night. The over-the-counter accessories can be used to allow semi-automatic rifles to simulate full auto fire.

House Majority Leader Paul Ryan, a Republican from Wisconsin, said he was open to a vote on bump stocks in an interview Thursday. “Fully automatic weapons have been banned for a long time, apparently this allows you to take a semi-automatic and turn it into a fully automatic, so clearly that’s something we need to look into,” he said, but added he would not consider the “Australian” option.

Rep. Bill Flores, a gun owner from Texas, was the first Republican to express support for a ban on the devices, The Hill reported. “I think they should be banned. There’s no reason for a typical gun owner to own anything that converts a semi-automatic to something that behaves like an automatic,” Flores said.

“Based on the videos I heard and saw, and now that I’ve studied up on what a bump stock is — I didn’t know there was such a thing — there’s no reason for it,” he added.

“I have no problem from banning myself from owning it.”

A number of other House Republicans joined Flores in supporting the bill, including Reps. Charlie Dent (Pa.), Ryan Costello (Pa.), Leonard Lance (N.J.) and Pete King (N.Y.). Rep. Carlos Curbelo (Fla.) even said he had plans to introduce his own proposal that would ban the devices.

In the Senate, Rep. David Cicilline (R.I.) proposed a companion bill, which has also gained some GOP support. Homeland Security Committee Chairman Ron Johnson (Wis) said he would back the measure since he views bump fire stocks as a loophole to the 1986 law that banned fully-automatic weapons.

While many seemed eager to act on the proposals, Senate Majority Leader Mitch McConnell said it was too soon to discuss legislation, and Senate Republican Whip John Cornyn (Texas) called for a hearing in the Judiciary Committee in order to learn more about the issue as the investigation unfolds.

If McConnell refuses to allow votes on gun-control bills, Senate Democrats could try to force the issue during the budget resolution voting session scheduled for later this month.

President Donald Trump, a self-proclaimed champion of the Second Amendment and the National Rifle Association, has said he plans to discuss gun laws in the wake of the deadliest mass shooting in modern American history but has also said that such a discussion will have to wait.