Vegas shooter may have targeted another music festival first 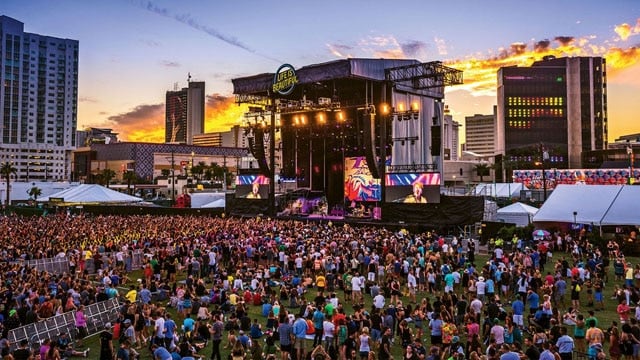 The man police say rained down bullets into a crowded country music festival on the Las Vegas strip Sunday may have targeted a different concert two weeks earlier, according to law enforcement.

Clark County Sheriff Joe Lombardo confirmed during a press conference Wednesday 64-year-old Stephen Paddock rented multiple condos through Airbnb at a luxury 21-story residential building called the Ogden during Life Is Beautiful — an 18-block music festival featuring Lorde and Chance the Rapper as headliners. Lombardo refused to speculate on the reasons why the shooter was there — whether he simply changed his plans, lost his nerve or was just conducting surveillance as part of Sunday’s attack.

“What we know is Stephen Paddock is a man who spent decades acquiring weapons and ammo and living a secret life, much of which will never be fully understood,” he said. “He meticulously planned on the worst domestic attack in United States history.”

Authorities still don’t know why Paddock, a retired accountant and prolific gambler, opened fire from the 32nd floor of the Mandalay Bay Resort and Casino, killing 59 and wounding nearly 500 others gathered on the strip below for the Route 91 Harvest Festival. Paddock killed himself before a SWAT team could enter his hotel room.

New details in the case have emerged over the last four days indicating Paddock checked into his two-room suite at Mandalay Bay on Sept. 28. He spent the next three days stocking his room with an arsenal of nearly two dozen firearms, including 12 modified with bump stocks. Authorities also found chemicals used to make explosives and more than a thousand rounds of ammunition in his car.

The Bureau of Alcohol, Tobacco, Firearms and Explosives recovered 47 firearms from Paddock’s hotel room and two homes in Reno and Mesquite, Nevada. The guns traced back to dealers in Nevada, Utah and Texas.