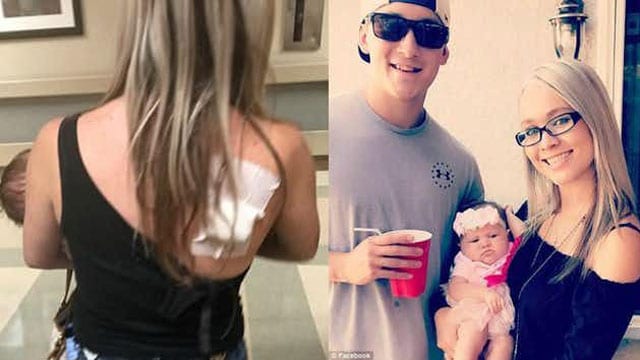 A young woman was shot in the back while trying to protect her critically injured fiancé from further injury during the mass shooting at an outdoor music festival in Las Vegas Sunday night.

Summer Clyburn, 22, apparently laid on top of her fiancé, Michael Gracia, 24, after he was shot in the head.

Gracia, who has been a police officer with the Ontario Police Department for four years but was off-duty during the concert, underwent surgery and was last listed in critical but stable condition. He was said to suffer a serious brain injury. Clyburn suffered a single gunshot wound to the back, and was treated and released.

“The love between those two are real,” Gracia’s childhood friend, Jesse Rivera, wrote on a GoFundMe campaign set up for the couple, who have a 3-month-old daughter. Rivera also noted, “They are new parents and new parents shouldn’t be going through this.”