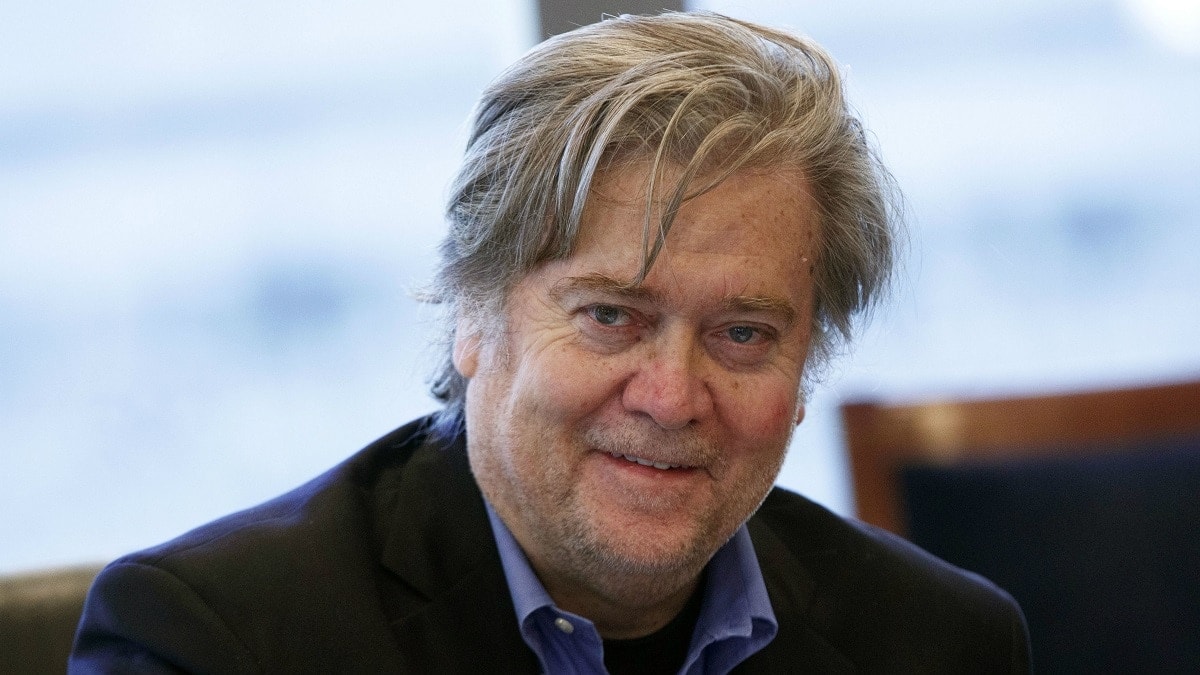 When asked what would happen if Trump worked with Democrats to tighten gun restrictions in the wake of the deadliest mass shooting in modern American history, Bannon told Jonathan Swan of Axios that the uproar would be fast and furious.

“Impossible: will be the end of everything,” Bannon texted.

Swan then asked if the reaction to supporting gun control would be worse than Trump supporting immigration amnesty legislation. Bannon replied: “as hard as it is to believe actually worse.”

Sources inside the administration said they thought it highly unlikely Trump would cave on gun control, due to his close ties with the National Rifle Administration and strong belief in the 2nd Amendment. However, some sources hesitated when posed the question, saying there was a small chance political pressure and the severity of the attack in Las Vegas could spur the president to strike a deal with Democrats.

Some Republicans in Congress have already expressed support for a Democratic proposal that would ban bump fire stocks, devices used to allow semi-automatic rifles to simulate full auto fire, after police said gunman Stephen Paddock used rifles equipped with bump stocks to open fire on crowds of people at a Las Vegas country music festival Sunday night. The National Rifle Association even broke their silence on Thursday, saying they would support a federal review of bump stocks and that the devices may need additional regulations.

Sources also speculated Trump could compromise by opposing the Sportsmen’s Heritage and Recreational Enhancement Act, or SHARE Act, a package that includes a provision to loosen regulations on suppressors. CNBC reported House Speaker Paul Ryan said Tuesday the bill was no longer scheduled for a vote after the shooting.