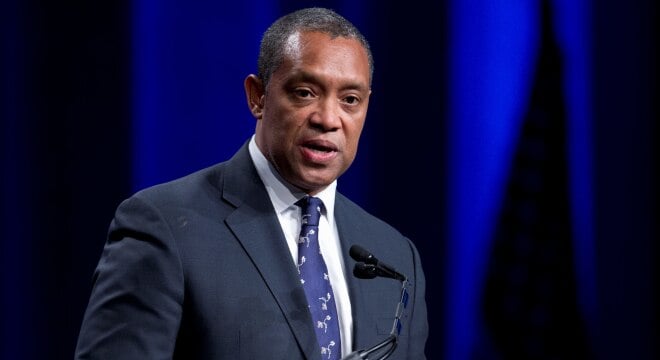 D.C. Attorney General Karl Racine said the District would amend their gun permitting program rather than risk a defeat at the Supreme Court with possible national implications. (Photo: Carolyn Kaster/AP)

The District of Columbia has decided not to push its luck and declined to send a case overturning the city’s strict “may-issue” policy for issuing concealed carry permits to the Supreme Court.

D.C. Attorney General Karl Racine announced Thursday that, rather than lose a challenge in the nation’s highest court that could put comparable laws such as in California, New Jersey, and New York in jeopardy, the city would instead remove the controversial “good reason” requirement, which has seen more permit applications rejected than approved.

“In consultation with Mayor Bowser, Chairman Mendelson, Judiciary Committee Chairman Charles Allen and multiple stakeholders, and after careful consideration, we reached consensus that abiding by the D.C. Circuit’s ruling was the wisest course of action to protect public safety in the District and nationwide,” Racine said. “Therefore, I have decided not to appeal to the Supreme Court.”

The ruling came in the combined cases of Wrenn v. DC, backed by the Second Amendment Foundation, and Grace v. DC, backed by the Pink Pistols organization. Both sought to bar the city from applying the vague “good reason” test as part of its gun licensing program, which required applicants to submit documented threats and protective orders to convince the police chief they needed to carry a handgun.

In a 2-1 ruling in July, a panel of the U.S. District Court of Appeals issued a permanent injunction prohibiting city authorities from enforcing the test, which effectively barred most people from exercising Second Amendment rights outside their home.

Though Racine, fortified with briefs filed by other may-issue jurisdictions and gun control groups, kept the policy while he sought a retrial, not a single judge in the circuit voted to overturn the ruling, leaving Racine to either send the case to the Supreme Court or move to stop enforcing the policy.

Backers of the challenge felt D.C. sacrificed their gun law so other states with similar practices could hang on to theirs.

“We believe the city was under intense pressure to take the hit and not appeal the ruling by the U.S. District Court of Appeals,” said SAF founder Alan Gottlieb in an email to Guns.com. “If the District had lost the case before the high court, it would have dealt a fatal blow to similar requirements in California, New Jersey, Maryland and New York, for example, and that prospect had anti-gun politicians in those states quaking in their shoes.”

However, Gottlieb pointed out that, when contrasted by other circuit rulings — for instance in the Peruta/Richards case in California before the U.S. 9th Circuit — the courts are now split, which means at some point the Supreme Court would have to weigh in and rule on the conflicting opinions.

“Common sense says that the 14th Amendment’s equal protection clause will not allow that conflict to continue,” Gottlieb said.

With D.C.’s “good reason” test on the way out, Racine cautions that applicants for a city-issued carry permit still need to comply with other facets of the city’s permitting program including training and background checks. Prior applicants who were denied a permit over the good reason clause can submit an updated application without a fee, while those who have applications already pending but have not received a determination do not need to resubmit.