Dispatches from gun country: Jeff Quinn is one of the original gun reviewers 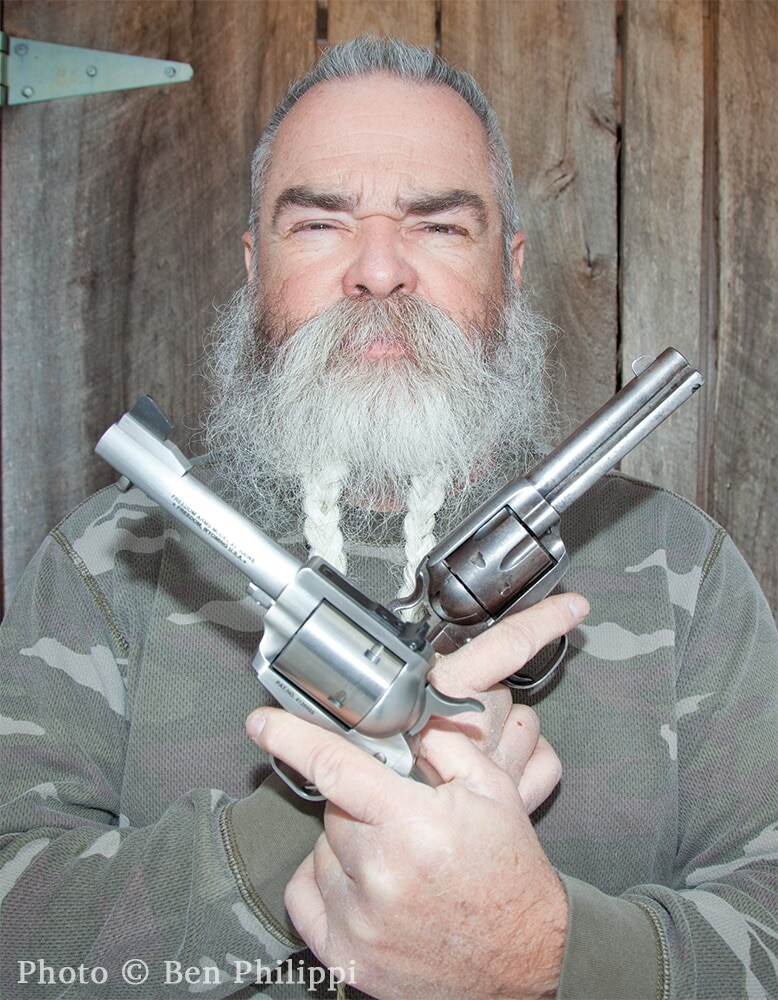 Jeff Quinn, reviewer at Gunblast, photographed in Dover, Tennessee. In his right hand is one of the oldest of single action cartridge revolvers, a Colt Bisley, made in 1901 in .38 WCF caliber. In his left hand is the most modern of single action revolvers, a Freedom Arms Model 83, made in 2006, in 500 Wyoming Express caliber. (Photo: Ben Philippi)

Jeff Quinn of Gunblast has helped thousands of people choose which gun to buy next. His reviews are thorough and complete. In fact, it was one of his reviews many years ago that got me hooked on guns.

My interest in firearms began at an early age. Like most kids of my generation, I grew up watching TV Westerns such as ‘Gunsmoke’ and ‘Wagon Train’, along with the Western movies of John Wayne and Jimmy Stewart. In those films, guns were used by good men to fight against bad men. There was a lot of truth in the messages of those shows.

The gun is inherently neither good nor evil, but is a tool by which good men can prevail against evil. A gun in the hands of someone who possesses the skills and the will to use it makes the playing field more even unlike in past centuries or in places today where guns are not owned by the citizenry. In those places, the weak are subject to the strong, the old are subject to the young, and the individual is subject to the gang. A firearm at the very least instills in us the knowledge that, even if we lose, we had a fighting chance.

In the US, our Constitution guarantees that our God-given right to own and carry guns will prevail, and our founders put that guarantee in place so that the people of this nation would never again be subject to a repressive government. The government, any government, by nature prefers subjects to citizens, and our rights are assured only as long as the citizens are not willing to sell our rights for a bit of promised security.