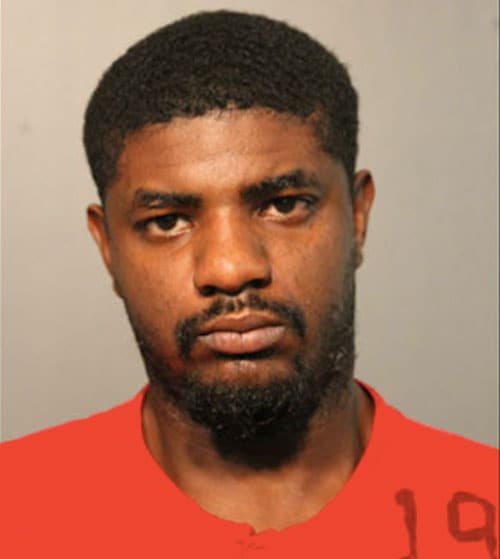 Jerry Adams, 33, tried to rob an armored car driver by hitting him with a hammer, but ended up with a gunshot wound instead. (Photo: Chicago Police Department)

A 33-year-old man was shot Saturday morning while attacking an armored car guard in Chicago’s Little Village neighborhood during an attempted robbery, according to reports.

As of Tuesday, the suspect, identified as Jerry Adams, remained hospitalized, although his current condition is not known. Police charged Adams with attempted robbery, and committing and threatening physical violence to a person and property.

Police say Adams slipped on a yellow and orange safety vest and then picked up a sledgehammer as a Garda World armored truck arrived at a currency exchange around 8:25 a.m. According to the Chicago Tribune, the driver reported seeing Adams through the window of the vehicle, but did not believe he was suspicious.

But when the driver exited the armored truck and started to make his way to Azteca, where he was scheduled to deliver some $240,000 in cash, Adams approached him, then struck the driver in the back and neck with the sledgehammer.

The driver then turned to see Adams picking up the sledgehammer from off of the sidewalk, presumably to take another swing. At that point, the driver drew his service weapon and fired at least four rounds, striking Adams. Several witnesses reported seeing Adams run away while still wearing the safety vest and carrying the hammer.

Police responded to calls about the incident, arrived on the scene within about five minutes, and found Adams standing outside of a Chevy Astro van parked nearby but running. Adams was still wearing the vest and visibly injured. He eventually told police he had been shot, and was transported to the hospital. The sledgehammer used in the attack and attempted robbery was found inside the van, as was blood from Adams’ injuries.

The driver of the armored car was also taken to the hospital, and although his injuries are not believed to be life-threatening, they are considered life-changing.