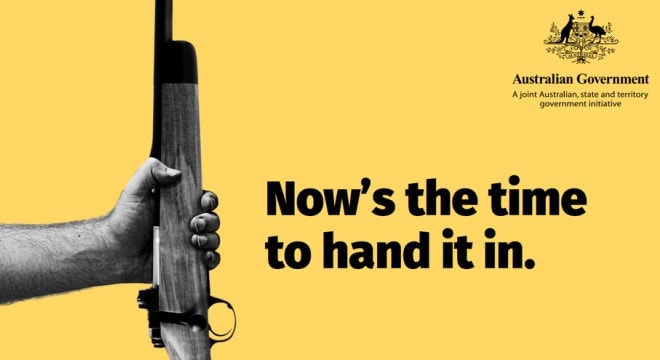 While there have been several state and regional turn-in events, Australia just concluded the first nationwide period in over two decades. (Photo: Australian NFA)

While studies believed as many as 600,000 unregistered firearms are floating around the continent, the three-month amnesty which ended last week saw far fewer turned in.

Under threat of a fine of up to A$280,000 ($219,000), 14 years in jail, and a criminal record for being otherwise caught with an unregistered or illegal gun, Australia’s National Firearms Amnesty concluded on Oct. 1. Australian media is reporting that 51,461 firearms of all type were turned over to police in the three month period, up from the 26,000 tallied by early September.

Announced in June by Australia’s Minister for Justice, Michael Keenan of the Liberal Party, the program sought to get unwanted firearms out of homes in the nation of 24 million that had turned over 661,000 firearms in 1996 after the National Firearm Act banned several types and required strict licensing and registration.

According to a 2016 report by the Australian Criminal Intelligence Commission, there were 2.89 million legally registered firearms in the country in the hands of 816,000 license holders. Meanwhile, the illicit market is believed to contain somewhere between 300,000 and 600,000 unregistered guns.

Many of the items turned in were antiques or historical pieces including a rare gun camera of the type used to train World War I-era aircraft crews.

About half of the guns forked over during the event, as noted by officials last month, came from New South Wales which contains about a quarter of the country’s residents and Sydney, Australia’s most populous city.

In Tasmania, police last week reported about 2,000 firearms surrendered during the amnesty including a Norinco NZ75 9mm pistol reported stolen in 1995, a pair of SKS rifles, and a “150-year-old antique Belgian Lefaucheux 9mm pinfire revolver in good condition.” Officials advise they hope to donate it to the Tasmanian Museum and Art Gallery. 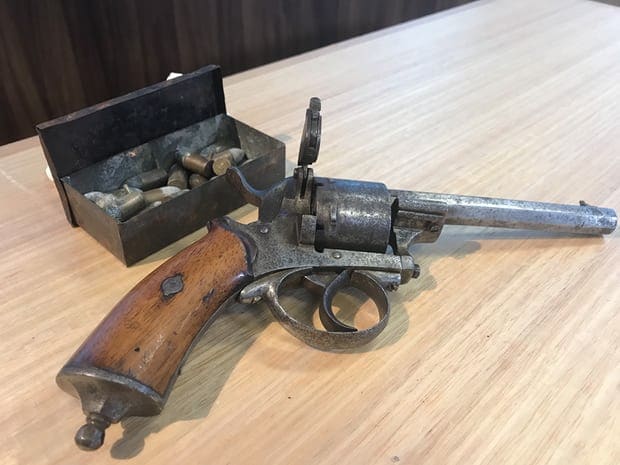 Among other guns saved from the scrappers, the Lithgow Small Arms Factory Museum has been busy helping Australians register guns so they can legally keep them rather than turn them in, and have been accepting otherwise unwanted firearms to add to their holdings. 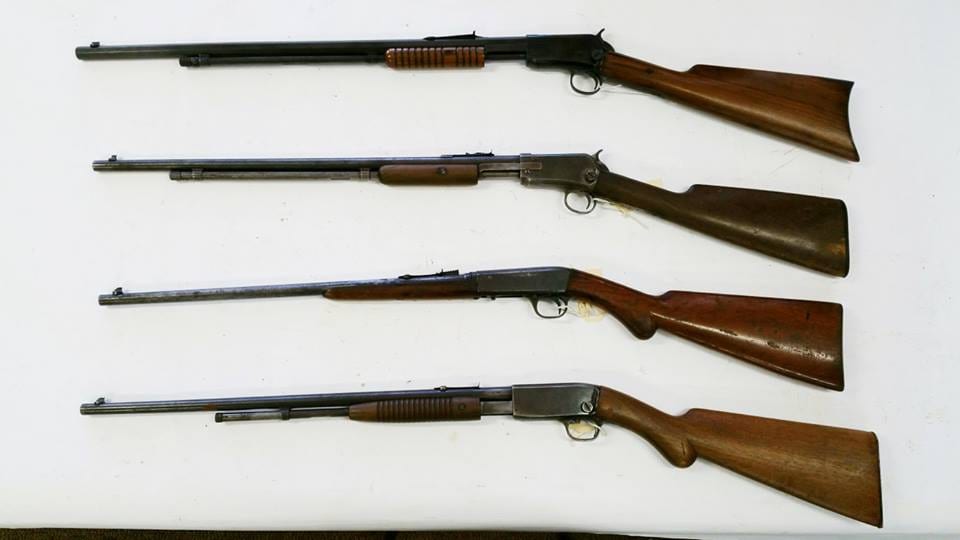 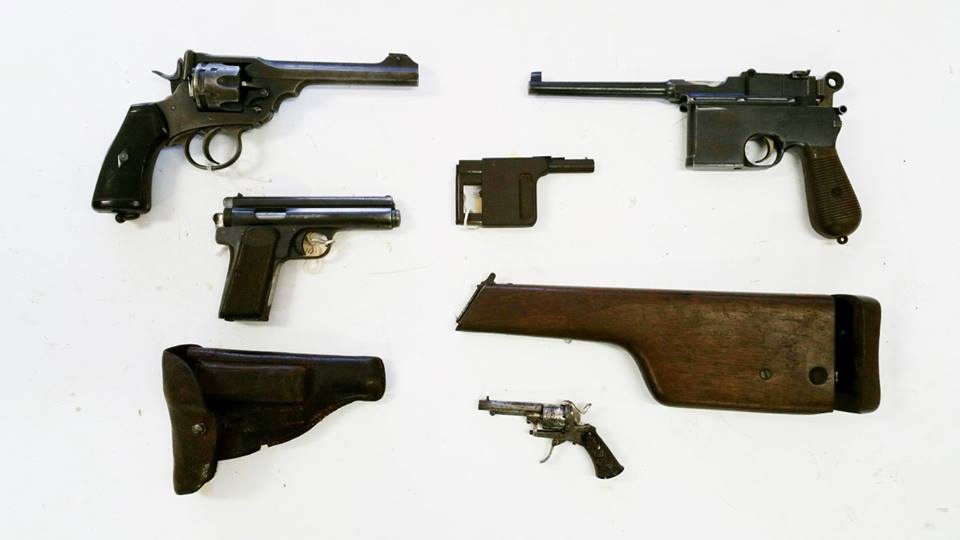 The handguns are a Webley Mk VI, a flat-side C96 Mauser with shoulder stock holster, a Frommer Stop, Gaulois palm pistol, and a pinfire revolver with folding trigger. (Photo: LSAFM) 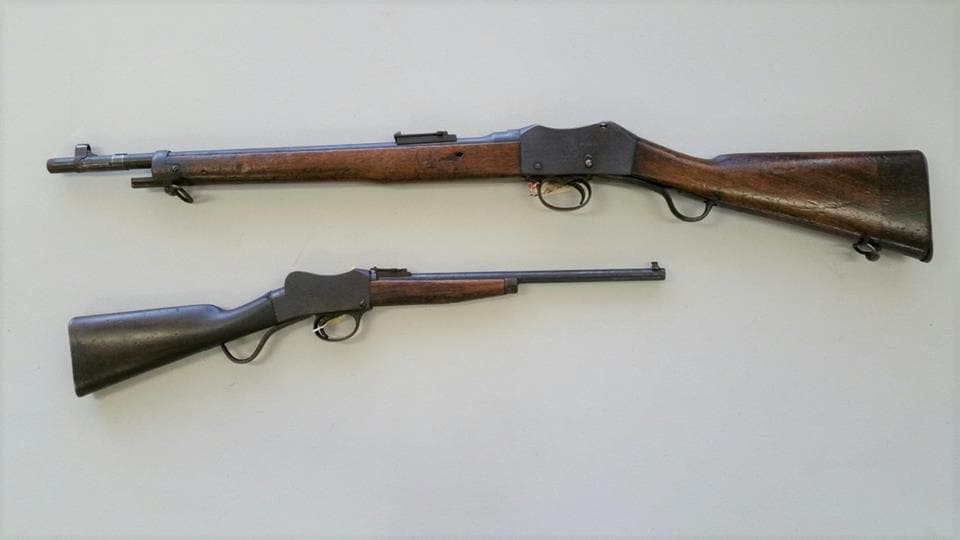 The “Martini Enfield Cavalry Carbine fills a gap in our Martini collection. Below it is a Martini Cadet that has been re-barreled to .22 and modified by a Sydney gunsmith as a birthday gift for an 8-year-old boy who kept it all his life.” (Photo/caption: LSAFM) 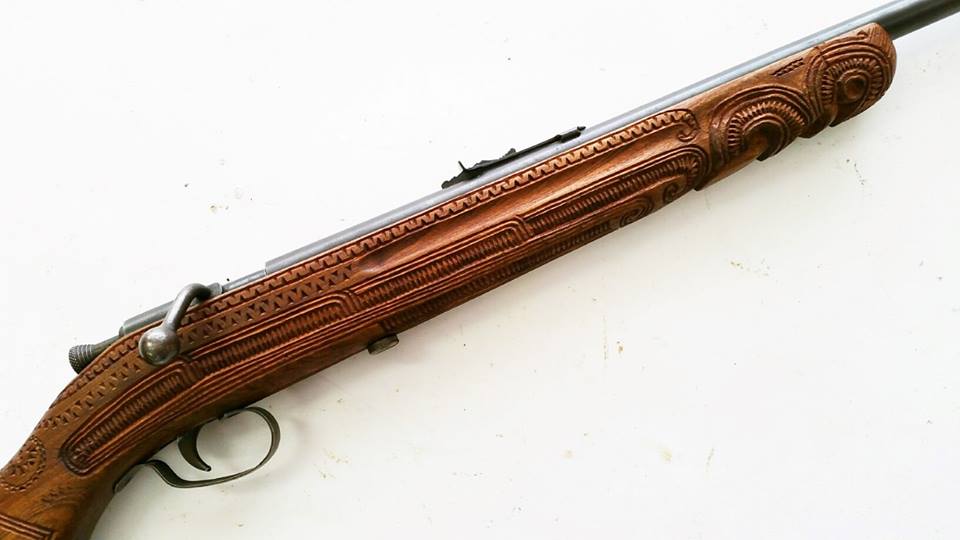 “This unique little Slazenger 1B was another that was donated during the Amnesty. Its Australian owner carved the woodwork while living in New Zealand.” (Photo/caption: LSAFM)

This week Australian Foreign Minister Julie Bishop offered that country’s experience with guns as a model for the U.S. to follow in the aftermath of a mass shooting in Las Vegas that left 58 dead.

Meanwhile, a study performed by Gun Control Australia has found “no Australian state or territory has at any stage fully complied with the 1996 or 2002 firearm resolutions, which collectively formed the national firearms agreement,” in a report expected this week.