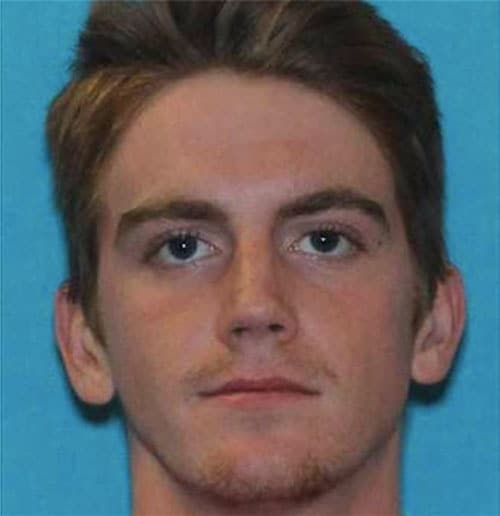 A 19-year-old college student accused of killing a police officer is in custody following a manhunt in Lubbock, Texas.

Hollis Daniels, a freshman from Seguin, was apprehended around 9:30 p.m. on Monday, the Texas Tech University Police Department said in a statements.

At that time, the “all clear” was issued for the campus, which had been on lockdown since the shooting about two hours prior.

The incident unfolded after officers were asked to conduct a welfare check on a student at the university, who was later identified as Daniels. When officers entered his room, they discovered evidence of drugs and drug paraphernalia. Officers then took Daniels to the police station for further questioning.

However, during the interview, Daniels pulled a gun and shot a police officer in the head, then took off on foot, leading authorities on a nearly two-hour manhunt. Texas Tech Police Chief Kyle Bonath confirmed in a statement that Daniels was apprehended near the Lubbock Municipal Coliseum by officers with the Texas Tech Police Department.

The officer, who has not yet been publicly identified, died as a result of the injuries he sustained. At this time, authorities have not released any details about the weapon carried by Daniels, or what may have prompted him to kill the officer.

According to the Officer Down Memorial Page, a website dedicated to tracking deaths of law enforcement officers, the officer was the 101st to be killed in the line of duty so far this year, the 37th killed by gunfire.

Likewise, in a statement issued late Monday, Texas Gov. Greg Abbott expressed condolences to the family of the slain officer and confirmed the Texas Department of Public Safety would assist in any way needed.

Classes at the university are scheduled to resume as usual on Tuesday, although counseling and other assistance will be available to students and staff alike, if needed.