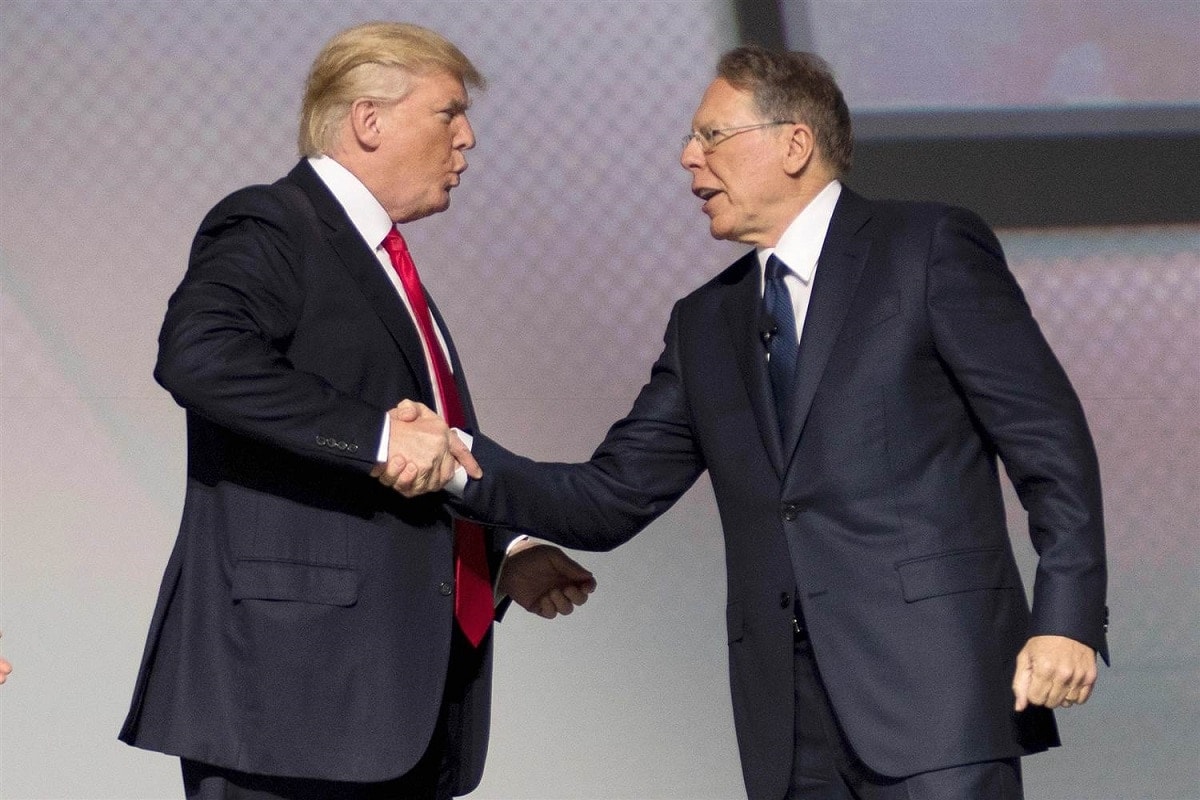 The company’s subsidiaries collected a cool $1.46 million in lobbying fees from the NRA since 2007, The Guardian reported. However, a WPP sustainability report shows one of its ad agencies, Grey New York, created a 2013 pro-bono advertisement for the gun control group States United to Prevent Gun Violence.

In the advertisement, a man armed with a musket walks into an office, points the musket at a coworker, fires one shot and misses. As he takes the time to reload, everyone in the office is able to clear the area.

“Guns have changed,” the ad reads, while the gunman is still reloading. “Shouldn’t our gun laws?”

Other agencies owned by WPP also created ads for various U.S. gun control groups, Adweek reported. This April, the Ogilvy firm worked on a campaign for Americans for Responsible Solutions, founded by former congresswoman Gabby Giffords and her husband Mark Kelly. For the campaign, the agency created bullet proof signs that read: “This poster stops bullets because our gun laws don’t.”

After the 2012 Sandy Hook school shooting, WPP-owned Y&R produced a series of radio ads for gun control group Moms Demand Action. The campaign had children sing the National Anthem and My Country with rewritten lyrics listing the various types of readily available assault weapons in the U.S.

Despite those ads and another 2015 gun control campaign produced by Grey New York, records show that WPP-owned firm Prime Policy Group lobbied for the NRA as recently as 2016 to try and prevent the same gun regulations those ads were intended to promote. In 2009, OpenSecrets records show the NRA also had Ogilvy Government Relations lobby for them, paying the group $360,000 for their work that year.

WPP did not directly confirm its relationship with the NRA to Adweek, but did admit to representing clients on opposing sides of political issues.

“Our subsidiary companies will not undertake work that is intended or designed to mislead, and they operate within national laws at all times,” said a WPP spokesperson. “In the U.S., our public affairs companies have representatives of both major parties among senior management, and work with clients from across the political spectrum.”

Last week, NRA chief executive Wayne LaPierre said there should be a further review of bump stocks, devices that gunman Stephen Paddock had fashioned to rifles he used to kill 58 people and wound almost 500 others at a country music festival in Las Vegas. However, the NRA is still expected to oppose legislation that would impose an outright ban on the devices.

LaPierre also spoke out on Sunday, arguing that U.S. citizens would be safer if gun rights were expanded and local restrictions overturned.

“There are monsters like this monster out there every day,” he said. “Nobody should be forced to face evil with empty hands.”