Garage turns out to be made from surplus Brit .303 ammo boxes (PHOTOS) 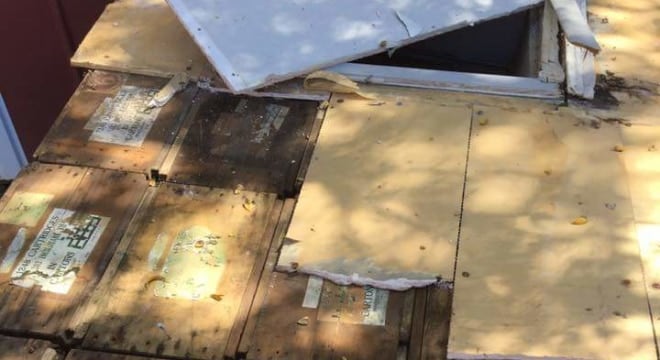 Even after their use as the center of a sheetrock wall, the crates were still “surprisingly stout.”

A contractor in Prescott, Arizona was amazed to find out the garage he was hired to demo was made up primarily of WWII-era British ammo crates.

The house was made in 1926, but as contractor Phil Nugent told the (Prescott) Daily Courier, the wooden ammo boxes were all dated 1943.

While marked as holding 1248-rounds each, Nugent thought he hit the milsurp motherlode or perhaps some other treasure until he cracked open the first one and found it empty– an act that was repeated dozens of times.

Used as the core of the garage’s walls, the sturdy Winchester-marked crates once used to carry the King’s Enfield and Bren gun cartridges were nailed together as the meat in a drywall sandwich. 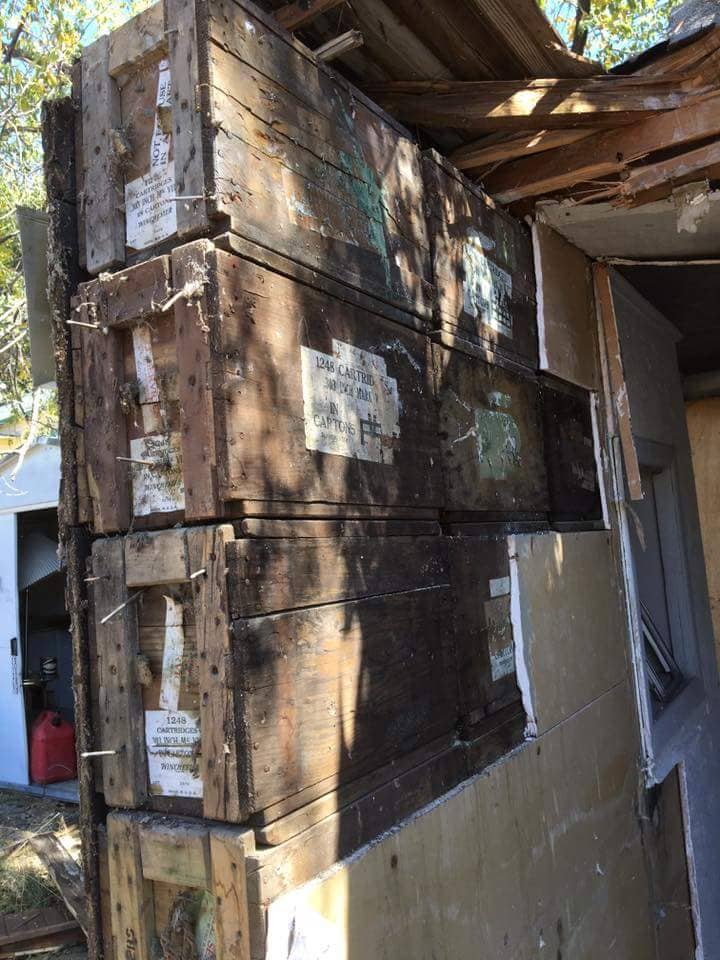 Note the Winchester logo on some of the boxes. From 1940 onwards, Peters, Remington Arms, Winchester Repeating Arms and Western Cartridge cranked out millions of .303 rounds for the British and Commonwealth military under Lend-Lease. 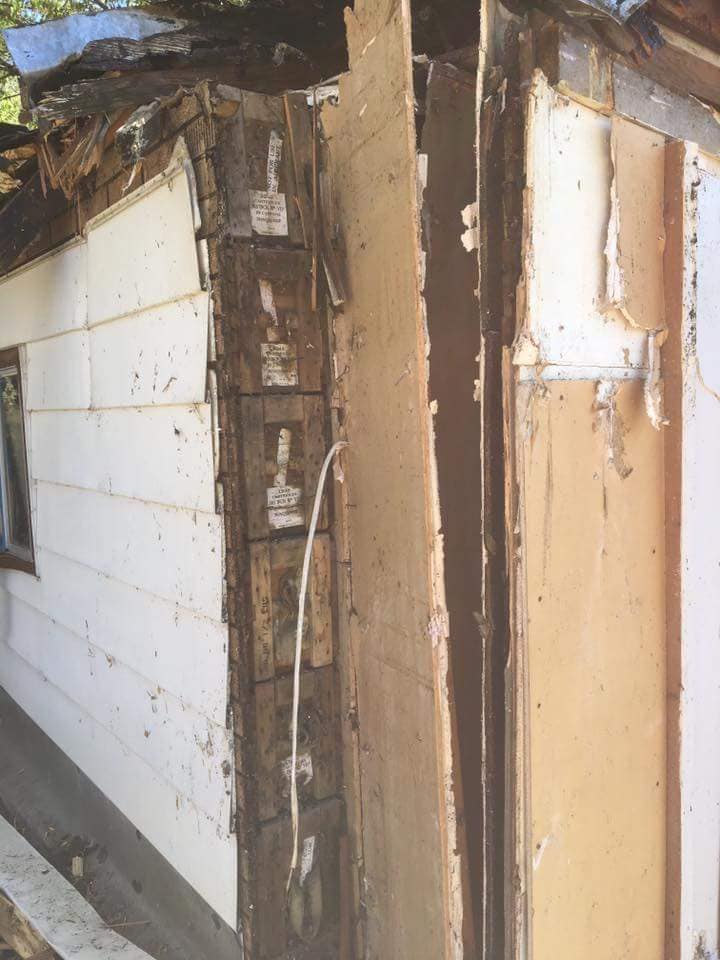 The Mk VII cartridge, standardized in 1915, used a cordite packet charge and a 174-grain cupro-nickel coated pointed lead bullet. WRA made the nitrocellulose version, the Mk ViiZ, packed 26 48-round boxes per crate.

Nugent theorized the original builder lucked into the crates for free and recycled them as building materials, and they have stood the test of time.

“They were surprisingly stout. Pretty solid. I was amazed,” said Nugent, who said he kept a few but hauled the rest away.

Maybe someone else will find the pile and this whole thing will happen again decades down the line.

Speaking of found again, the British-run Range Days in France recently came across some 1943 Winchester .303 Mk ViiZ rounds– the same type that was in the hidden wall crates– that were dropped in France to Resistance fighters that still look like they came from the factory. Small world. What was originally in the crates…

Incidentally, much of the production at Winchester at the time was done by women, pitching in on the home front war effort, as exhibited by the below from the Cody Firearms Museum.

Posted by Cody Firearms Museum at the Buffalo Bill Center of the West on Thursday, November 9, 2017