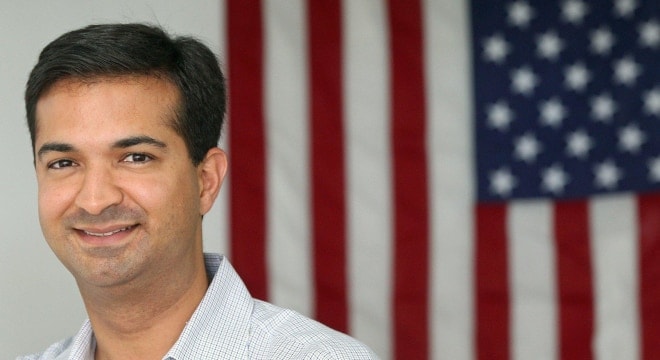 House GOP members on Tuesday unveiled their own version of a ban on bump fire stocks, joining with a like number of lawmakers from across the aisle to enact prohibitions on the devices.

The measure, H.R.3999, was filed by Florida Republican U.S. Rep. Carlos Curbelo, joined by U.S. Rep. Seth Moulton, a Massachusetts Democrat, with members from each party in tow. The move aims to prohibit the manufacture, sale, and use of “bump stocks,” which have become a hot-button item after their use in the Route 91 Harvest shooting in Las Vegas where a gunman reportedly had as many as a dozen rifles equipped with the devices.

The bill, though only three pages, is sweeping in its language, barring the production or possession of any gun part or parts that increase the rate of fire of a semi-automatic rifle without converting it to the legal definition of a machine gun. This would potentially include not only the now-vilified stocks but also various binary or modified triggers and cranks which are currently legal.

The bipartisan move joins S.1916 and HR 3947, a pair of bills introduced last week by Democrats banning both bump and slide-fire style stocks as well as “crank triggers” with exceptions for military and law enforcement use. At least nine of the 11 Dems backing the Curbelo-Moulton act– to include Moulton himself– have signed on to the all-Democrat bill as well, which as of Wednesday had 168 co-sponsors from 37 states but no Republican representation.

This week is not the first time Curbelo and Moulton have worked together on bipartisan gun control efforts. Last summer, in the aftermath of the Pulse nightclub shooting in Orlando, the lawmakers proposed a no-fly/no buy bill that drew little interest.

The National Rifle Association, along with trade associations representing the gun industry, are urging Congress to wait for federal regulators to complete a review of bump stocks before jumping off the legislative cliff and proceeding with a ban.

House Speaker Paul D. Ryan, R-Wisc., has indicated he might be willing to put a proposal restricting the stocks on the agenda, saying it was “something we need to look in to.”

Meanwhile, lawmakers at the state level are moving forward with their own legislation to slam the door on the devices among other gun control proposals.