Riding shotgun on a Bradley: The very strange M231

Sharing only limited commonality with the M16, Colt’s M231 Firing Port Weapon was a full-auto-only burp gun made to squirt bad guys from an opening in the M2 Bradley fighting vehicle.

Ian with Forgotten Weapons takes a look at the beast from the 1970s in the above video and shares some interesting differences between the more familiar M16 series and the FPW, which has a blistering 1,200 rounds per minute rate of fire, no stock or sights, and an overall oddness about it.

Still, when you understand it was meant to hose off enemy foot soldiers who got too close to the vehicle for the main guns to reach, the method to the madness becomes clear. Still madness, though.

According to Ian, some 27,000 FPWs were ordered from Colt for the M2, each of which originally had six firing ports from which to use the chopped down 5.56mm buzzsaws.

If you are curious what they looked like mounted in the vehicle, here is a shot of one in the port of a Bradley’s rear hatch. 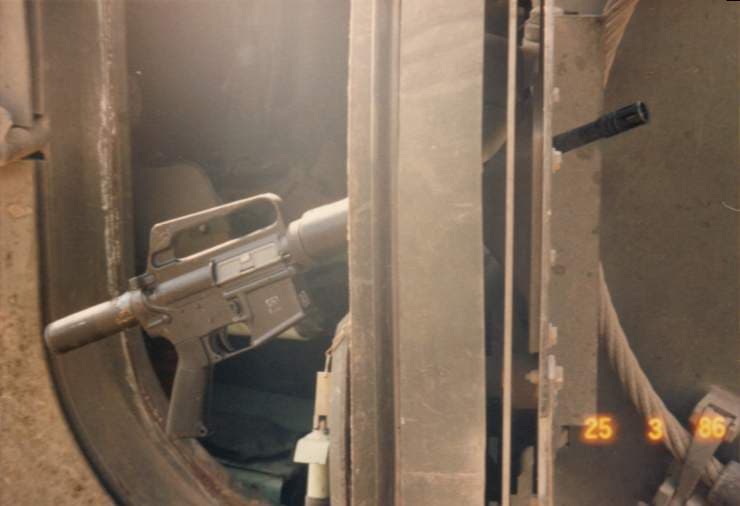