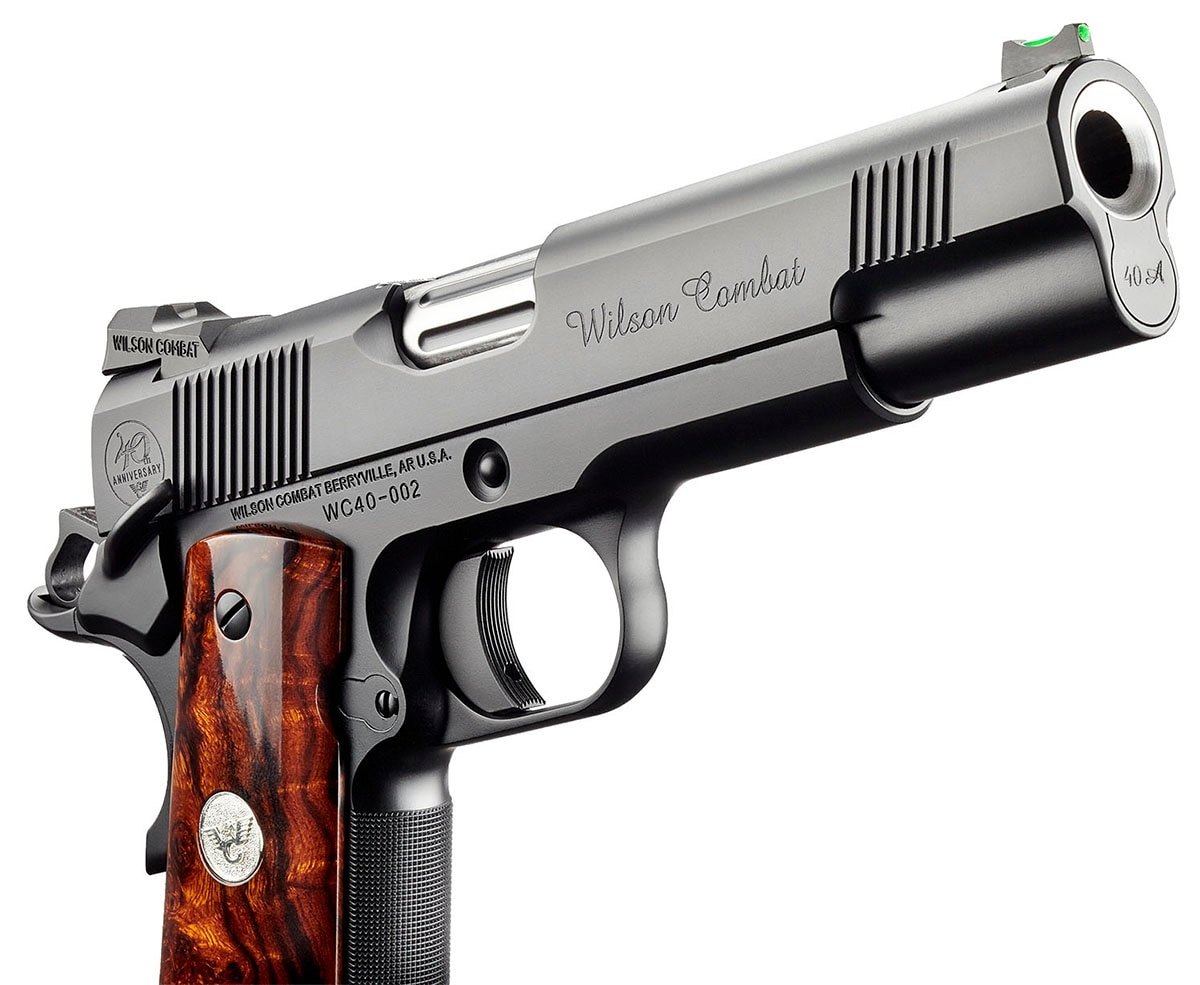 The CQB comes chambered in .45 ACP, 9mm or .38 Super with a barrel length of 5-inches. The all-steel model boasts the latest Wilson Combat parts to include the in-house created forged slides, frames and barrels. The all-steel pistols are created as carry guns and feature a one-piece machined magwell, ambidextrous safety in addition to slide top and rear serrations. The flush cut, reverse crowned barrel boasts a deeply fluted design and pairs well with the specially engraved, recessed reverse plug.

The commemorative model touts special grips handcrafted from premium desert ironwood featuring solid sterling silver medallions. “Wilson Combat” is engraved on the right side of the slide while “40th Anniversary” rests above “1977-2017” on the left side. Wilson Combat tops the CQB Elite off with a black Armor-Tuff finish.

“Fully loaded with other cosmetic and performance options, this heirloom model will be at home in your collection or on your hip,” the company said in a press release.

The 40th Anniversary CQB Elite edition is available through Wilson Combat carrying a price tag of $3,900 for the .45 ACP version and $4,010 for the 9mm and .38 Super variants.