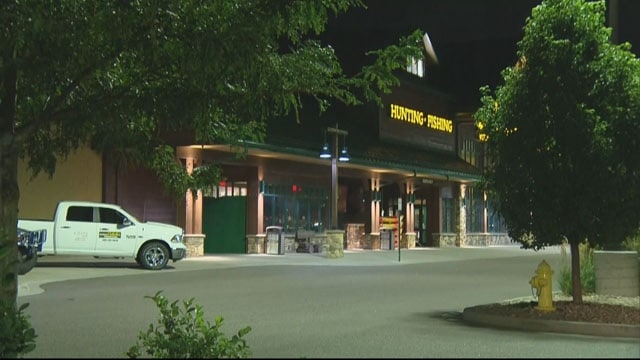 Federal authorities in Colorado announced two more arrests this week as the state struggles with an increase in gun store thefts.

“These are no property crimes. These are life and death crimes. Stolen guns go straight into the hands of criminals, not hunters and target shooters,” said Acting U.S. Attorney Bob Troyer in a statement Tuesday. “The people who bring this violence into our communities will be introduced to federal justice, up close and personal, for a long time.”

Authorities charged 23-year-old Darnell Hudgins, 21-year-old Giavanni Edward Miles and 23-year-old Kendall Crockett for conspiring to steal firearms from a Cabela’s in Douglas County on Aug. 10, the ATF said. Less than two weeks later, the three suspects stole 50 guns from a Cabela’s in Thornton, Colorado. All three have been charged with possessing stolen firearms, conspiracy to steal firearms from a federal licensee and disposal of the weapons.

Gun thefts in Colorado doubled last year, according to the ATF, marking a 10-year high for the state. The agency said criminals stole 273 firearms from federally-licensed dealers in 2016, up from just 56 in 2014. More than 400 guns have been stolen in Colorado this year alone, the agency said Tuesday.

“Investigating these thefts is ATF’s top priority in Colorado,” said ATF Special Agent in Charge Debora Livingston. “We will be relentless. If someone is involved, we will find them. A potential ten-year prison sentence is a significant punishment for two minutes of crime.”

So far, the partnership between the federal, state and local authorities brought 16 suspects into custody for half a dozen gun store thefts dating back to January.

Gun thefts remain on the rise nationwide, the ATF said, peaking at 7,858 stolen firearms in 2016.

“We are very concerned about the rise in gun thefts. These guns will not be used for hunting or sport; they are destined for future crimes and are a threat to public and officer safety,” ATF Denver Field Division Special Agent in Charge Debora Livingston said in a March press release.

“ATF is working closely with all the affected police departments in the Denver Metro Area to identify and arrest suspects, recover guns and prevent future thefts. We are also frequently communicating with gun dealers in the Metro Area to inform them of the rise in break-ins and help them better protect their store and inventory,” she continued.