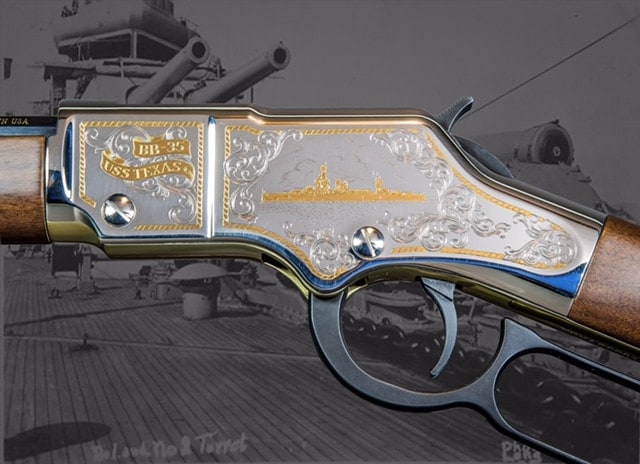 Fighting against the combined forces of time and Mother Nature, the oldest U.S. battleship still afloat is in need of desperate repair, and sales of a limited edition rifle could help.

Dubbed “The Last Dreadnought,” Texas was commissioned in 1914 as the world was on the verge of the Great War and went on to serve for over 30 years, during both World Wars — one of only a handful of ships still in existence with such a lineage. Since 1948, she has continued to serve in her namesake state as a museum ship at the San Jacinto Battleground State Historic Site in Texas.

However, time has not been kind to the century-old relic and, as reported by the Houston Chronicle, continuous repairs are needed just to keep her afloat and funds are scarce.

“We pump about 300,000 gallons of water a day out of the Battleship Texas,”  Bruce Bramlett, executive director of the non-profit Battleship Texas Foundation, told the Chronicle. “There are places on the ship where the hull is so thin you can poke your finger through it. So, we’re constantly pumping water out and patching holes, and the water is constantly seeping back in.”

One solution to help raise funds is a project with Henry Arms and Barron Engraving for a special commemorative rifle.

Priced at $999, $400 from each will go to the Foundation to help repair and restore the Texas and, since the organization has 501c status, it’s tax deductible. 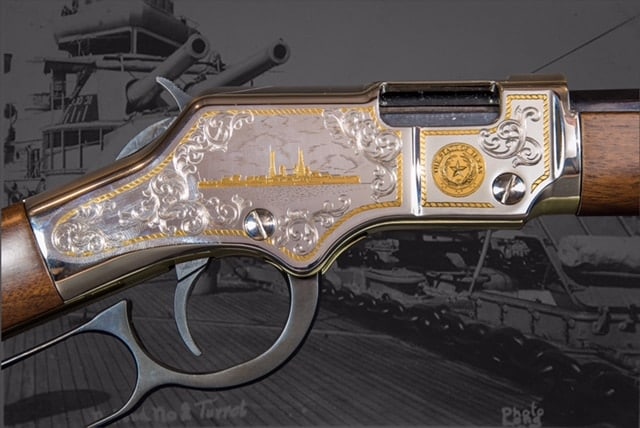 Special edition firearms have proved successful in the past for the group, with Colt 1911 and Browning Citori 12 & 20 gauge over & under commemoratives quickly selling out.

Speaking of which, orders for the Battleship Texas Henry must be received by the end of the year.