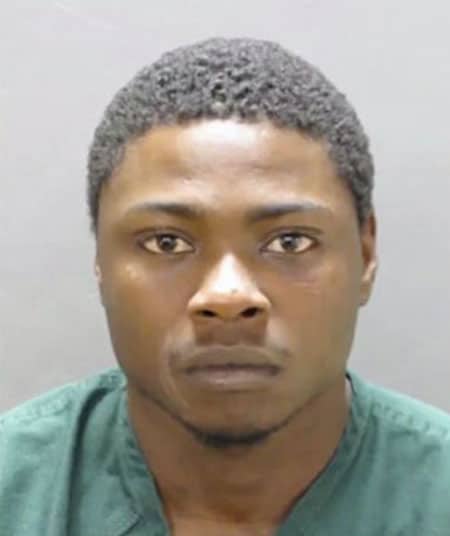 Xavier Houston, 24, was killed after he broke into a Jacksonville, Florida, home this week. (Photo: Jacksonville Sheriff’s Office)

A 24-year-old Florida man was shot and killed after he broke into a Jacksonville home Wednesday morning, while his accomplice remains at large.

The day after the deadly break-in, local media learned the deceased suspect, Xavier Houston, was the son of an officer with the Jacksonville Sheriff’s Office.

“Sometimes, people think that you’re the son or daughter of a police officer and you’re walking the straight and narrow all the time — or a judge, or a teacher,” crime analyst Gil Smith told reporters. “That’s not the case. They’re regular folks, just like anyone else.”

Authorities say Houston and another person broke into the home shortly before noon. The homeowner, whose identity has not been made public, was alerted to the break-in by an alarm company, while law enforcement was simultaneously called to the home. The homeowner, however, arrived before the police and confronted Houston and the second suspect inside his home.

During the confrontation, the homeowner opened fire, striking Houston, who then stumbled outside to his parked car in an apparent attempt to leave the scene. However, Houston died inside the car, which was still parked in the homeowner’s driveway when police arrived. Authorities say the license plate on the car had been removed before the suspects’ arrival.

Houston’s accomplice, who was described as a black male in his 20s, wearing a hoodie and dark clothing, fled from the scene and remains at large.

According to local reports, the Jacksonville Sheriff’s Office, at this point, has deemed the shooting justifiable. It’s unclear if the suspects were armed during the break-in.

Within a two-mile radius of where Wednesday’s break-in occurred, there have been nearly two dozen break-ins in less than two weeks. Police did not say whether they believed Houston or his accomplice may be responsible for any of those break-ins but are investigating all possibilities.

Houston, whose grandmother said was a “good boy” and grew up in a nice home, apparently had a lengthy criminal record that included prior charges for burglary, aggravated battery, stalking, and domestic battery. But despite his criminal record, one friend, who did not wish to be identified, said Houston was trying to turn his life around. The friend questioned whether he had been influenced by others to do things he knew he shouldn’t do.