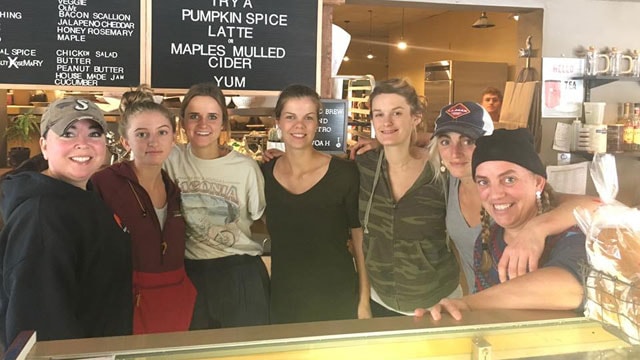 Fifty-nine customers at a bakery in Yarmouth, Maine, were recently given free meals thanks to one man’s random act of kindness.

The man, who did not want to be publicly identified, walked into Maple’s Bakery last weekend and grabbed a coffee and some whoopie pies. When it came time to pay, the man, who has been a regular at the bakery for about three years, gave the clerk his credit card number and paid for his own items, as well as items for the next 58 people who walked through the door. The man confirmed that there was no limit to each of the 58 orders and whatever the cost, he’d pay it.

“He wanted to be an inspiration to people,” said Robin Ray, owner of Maple’s Bakery. “Everybody has been down about all the things going down in the country — hurricanes, the shooting. His main goal was to show we can all do things for other people. We can all turn somebody’s bad day around.”

Ray’s sister, Lila, was working the cash register that day, and said she became teary-eyed each time she told a customer their purchase was already paid for. Altogether, the 58 orders cost close to $1,000, but the looks on the customers’ faces were priceless.

“People’s days were made, and they likely made the days of those around them better too,” Lila said, as Ray noted that was exactly the man’s intention.

“I believe that the only way we can change the world is by individual acts of kindness,” the bakery wrote in a Facebook post. “Laws and regulations don’t change humans, other humans do. One small thing can change the course of another persons day.”

Ray said they have good food and good coffee at the bakery, “But we really have good people.”