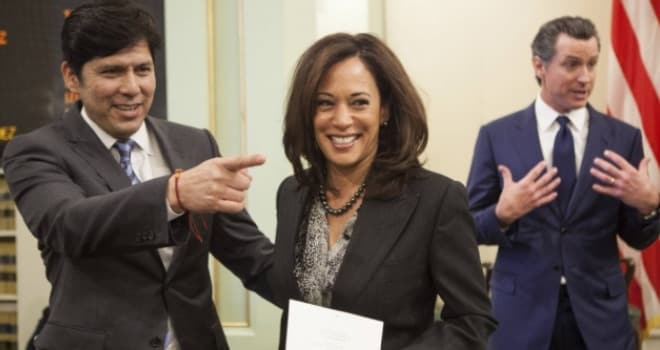 De León, 50, announced his candidacy on Sunday to replace the state’s senior Senator, Feinstein, 88, who has held the seat since 1992.

“I know this race – going up against a longtime incumbent – won’t be easy,” De León told Capital Public Radio. “But this state needs a different and new kind of leadership. And I’m ready to take on that role.”

De León, a Democrat who has represented East Los Angeles in Sacramento for the past decade, first in the State Assembly and since 2010 in the State Senate, has been an outspoken champion for gun control measures.

In 2014, he made headlines in the gun community for his role in an embarrassing press conference for his measure to regulate the homemade manufacture of “ghost guns,” pushing that the DIY firearms only be made after the builder obtain a background check and serial numbers. The public gaffe resulted in a 3-D gun inventor trademarking the term and using it for his desktop CNC machine designed to complete home-built AR-15 lowers among others.

Though De León’s ghost gun bill was rejected by Gov. Jerry Brown, it did not stop him from rebooting it while pushing a sweeping package of legislation in 2016 labeled “Gunmageddon” by Second Amendment advocates in the state.

Should De León defeat Feinstein in a primary next year and best a Republican opponent, he would become the state’s junior Senator on Capitol Hill behind former California Attorney General Kamala Harris, who won election last November to the seat vacated by Barbara Boxer.