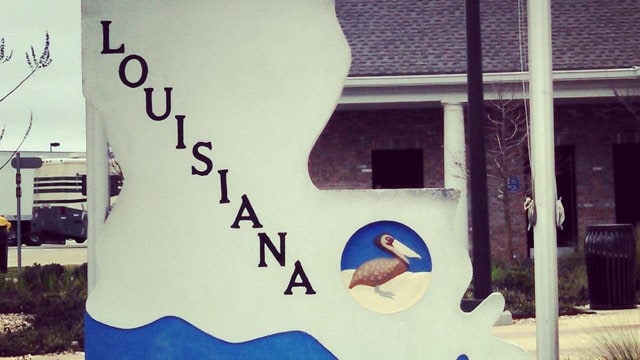 Louisiana’s annual sales tax holiday on guns, ammo and hunting supplies didn’t draw the same interest last month as in years past, according to federal data.

Dealers statewide processed just under 28,000 applications through the National Instant Criminal Background Check System in September. Once adjusted for permit checks and gun redemptions, however, dealers transferred approximately 23,000 handguns and long guns last month — the state’s worst September since 2010. Background checks serve as the best known proxy for gun sales, but the measurement is far from exact.

For 48 hours over Labor Day weekend, retailers offered a 2-percent discount on Louisiana’s 5 percent sales tax for eligible items — from rifles and pistols to off-road vehicles “designed primarily for hunting.” In 2009, the first year of the holiday’s existence, September’s estimated gun sales doubled, according to federal data. September sales have climbed yearly until peaking in 2015 at nearly 35,000 adjusted.

This year’s weak numbers could correlate to flooding and damage suffered along Louisiana’s southwest coast after Hurricane Harvey made its second landfall there, five days after stalling over Houston and drenching the city with four feet of rain. Although downgraded to a tropical storm at the time, Louisiana Gov. John Bel Edwards still sought federal assistance for 20 parishes affected by the storm. President Donald Trump approved that request Monday, according to the Associated Press.

The tax break is a downgrade from the holiday’s original scope envisioned by state lawmakers when it passed into existence eight years ago. Initially, retailers charged no sales tax for eligible items — much like Mississippi’s recent Second Amendment tax holiday in August — but a 2016 amendment imposed a 3 percent tax, instead.  A proposal to limit the holiday even further made headway in the Louisiana Senate in April as legislators searched for ways to fill a $1.8 billion budget deficit without raising taxes. The House Ways and Means Committee later rejected the bill 11-4.

It’s not the first time the Legislature has looked to balance fiscal shortfalls with the lost revenue of the sales tax holidays — Louisiana has several on the books, including for school supplies. In 2015, lawmakers temporarily eliminated all tax holidays, recouping $4.3 million in total — $600,000 alone from the guns and ammo event, according to a report from Everyday Money.