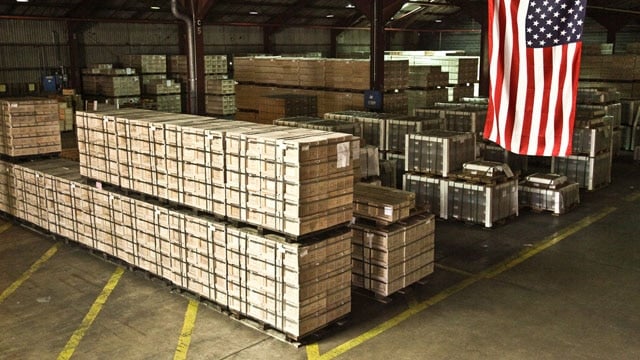 Orbital ATK turned to Winchester for help after an April explosion at the Lake City Army Ammunition Plant destroyed a main ingredient used in the defense contractor’s ammo primer, according to a report from Shephard Media.

“When the incident occurred on April 11th, we were instantly out of primer capability at Lake City,’ said Jim Nichols, vice president and general manager of  Orbital ATK’s Small Caliber Systems Division. “The ingredient fabricated in the bay we lost is in 99 percent of our primers. So instantly we were without a primer supply other than existing inventory.”

Still, Nichols said, with a dwindling supply of the primer necessary for the plant to produce its 1.6 billion small and medium caliber bullets annually, Orbital ATK needed help.

“At the same time we started reaching out to Winchester and CCI / Vista Outdoor to determine what sort of primer capability they had that they would be able to supply us,” he said last week. “Winchester makes a Mil-Spec primer, so those we were able to put into our US Government rounds.”

“It was within weeks – not months – that we were starting to get a primer supply from them,” he added.

Despite grappling with different primer configurations, Nichols said the partnership helped Orbital ATK navigate the last six months until it could get its own primer production up and running again.

“There are lots of logistics stories of how you manage the inventory and how you don’t overbuild,” he said. “But you build to the right level as you integrate the different products.”