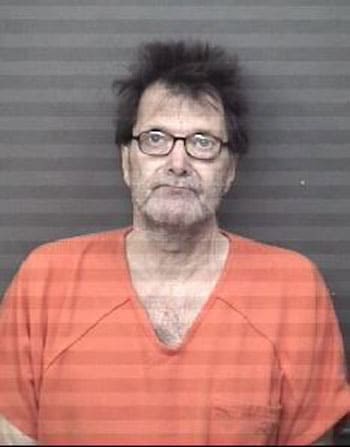 Floyd Rick May was released from prison in July and accused of kidnapping a woman at knifepoint earlier this month. (Photo: Illinois Department of Corrections)

A 61-year-old Illinois man is in jail on a $550,000 bond after the woman he kidnapped pulled a gun on him and escaped.

Authorities arrested Floyd Rick May on charges of aggravated kidnapping, aggravated battery with a weapon, unlawful use of a weapon by a felon, and aggravated assault, the Moline Police Department said in a statement. If convicted, May could face up to 30 years in prison.

According to the statement, May, armed with a knife, forced his way into the woman’s vehicle sometime before 1 pm on Oct. 8. After a brief struggle in which the woman, who has not been identified, received a cut on her arm, May held her at knifepoint and forced her to drive to rural location. But the woman had a concealed weapon and drew her pistol on May, who fled at the sight of the gun.

The woman then drove to a nearby hospital where she received treatment for her cut and reported the incident to police. Police said she has a valid permit to carry a concealed weapon and will not face charges.

Authorities say May was released from prison in July after serving part of a nine-year stint for armed robbery. He carried out his sentence at the Dixon Correctional Center, the Illinois Department of Correction’s primary psychiatric facility, which houses a Special Treatment Center for mentally ill and developmentally disabled inmates.