Report: Gun thefts in Kansas City on the rise 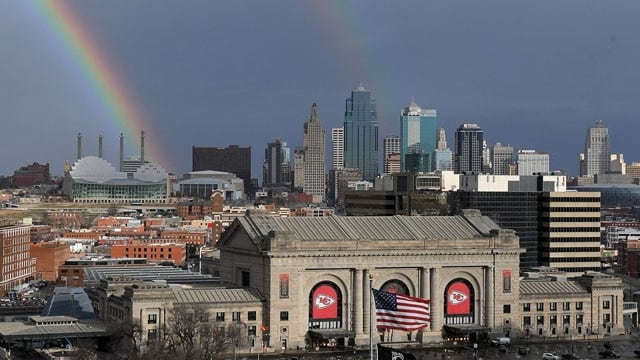 Gun thefts spiked nearly 37 percent last year in Kansas City and the upward trajectory shows no signs of slowing, according to a report the Kansas City Star published Monday.

“It comes down to personal responsibility,” Mark Jones of Chicago, a retired supervisory special agent in the U.S. Bureau of Alcohol, Tobacco and Firearms, told the newspaper Monday. “All guns start life as a legal commodity. But when gun owners fail to protect their weapons, criminals take them into the underground market.”

Many of the guns disappear from cars, police said. The most popular targets for thieves include the parking lots at the KCI Expo Center, the Ameristar Casino and a handful of nightclubs throughout the city — places where metal detectors force people to leave their firearms in their vehicle for the night.

“I think there’s a ring (of gun thieves) going around,” Charlie Johnson, owner of KC Mingles nightclub, told the newspaper. “And more people are carrying guns. If you break into three cars, you’ll probably get guns out of two of them.”

“I know people like to advertise their gun shop … or they’ve got a bumper sticker that says, ‘Keep honking, I’m reloading,’” he said. “But it tells people you’re into firearms.”

The rash of gun thefts in Kansas City mirrors a nationwide trend — one the ATF has classified as their “top priority” to stifle. Criminals have stolen more than 9,200 guns in 2017 alone — up from just over 5,700 five years ago, the agency said. Gun store thefts have likewise spiked 175 percent since 2012.

“Guns serve almost as a form of currency in many gangs,” Lisa Meiman, an ATF spokeswoman, told Fox News in July. “You can barter for drugs or for favors. They give them to their criminal friends and associates, they use them in other crimes.”