2 busted for selling guns out of Illinois motel room 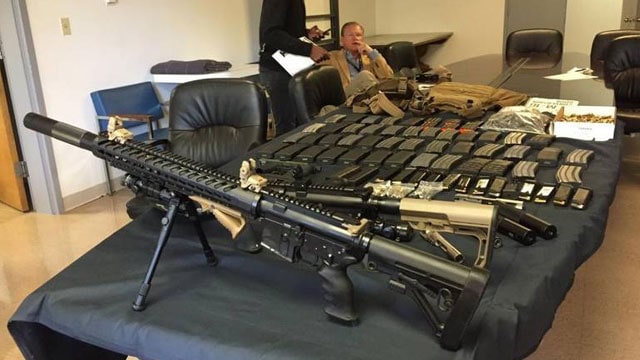 Authorities arrested a couple last week with a trove of firearms — including homemade guns, silencers and ammunition — in a motel room in Caseyville, Illinois.

The St. Clair County Sheriff’s Office said deputies arrested Shawn C. Holland, 33, and Cara L. Anderson, 32, both of Belleville, Illinois, on Friday after receiving a tip about weapons being bought and sold out of their room.

After a SWAT team executed a search warrant, the team found the guns as well as a bulletproof vest, suppressors, 38 AR loaded AR magazines and a guide titled “AR-15 to M-16 Conversion Book,” according to local reports. 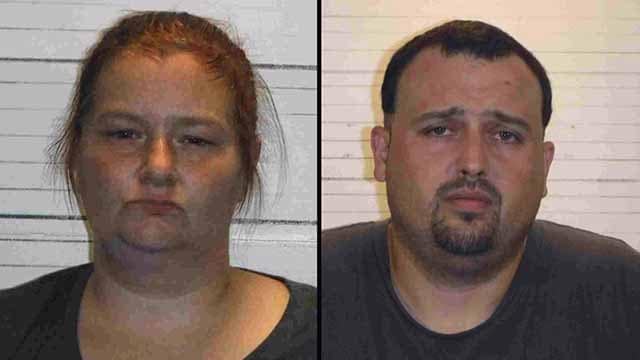 Cara Anderson and Shawn Holland are charged in connection to a drug bust in Caseyville. (Photo: St. Clair County Sheriff)

“In light of everything else that’s been going on, with Vegas, with various shootings across the country, this was highly unusual for them to be in a motel room on the third floor with all these guns and ammunition.” said St. Clair County Sheriff Richard Watson.

Watson said Holland made some of the guns himself, and while that in itself isn’t illegal, selling the homemade weapons is, even if the buyer is otherwise a legal gun owner. “If they go to sell these guns to a legal gun owner, they’re automatically a felon by buying it,” Watson explained. “It’s kind of like a quirk in the law that we have to deal with.”

Another concern with homemade weapons, Watson said, is the lack of serial numbers and subsequently, the lack of ability to trace them.  He said gun laws need to “catch up” with the world of homemade guns. “I didn’t know you could do this prior to us finding these guns,” he said. “We learned a whole lot about guns and personally manufacturing guns that I didn’t know before.”

However, the investigation has been handed over to the Bureau of Alcohol, Tobacco and Firearms and federal charges are likely to come.