Chicagoland judge removed from duties after firing gun in home 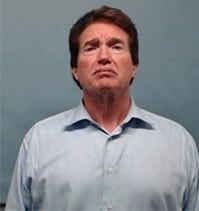 A judge from the suburban Chicago district of DuPage County was arrested Friday on reckless conduct charges for allegedly firing a gun in his home.

The incident occurred on Sept. 15 at the home of Judge Patrick J. O’Shea, according to a Wheaton Police Department news release. The complaint and warrant allege the judge acted in a reckless manner when a loaded gun was fired in his residence.

Bond was set at $5,000, and O’Shea was required to surrender all his firearms and permits to police. He was released on bond, and an initial court hearing has been set for Nov. 15.

The Executive Committee of the DuPage County Circuit Court, chaired by Chief Judge Kathryn Creswell, then acted to strip O’Shea of his official duties until further order from the court, according to a statement released by Creswell. O’Shea will also be denied unrestricted access to the court and will have to be escorted by court security in the event he has court business.

The Chicago Tribune reported residents living in the same building as O’Shea found a hole in their unit but didn’t report it to police until they found a bullet in their residence weeks later.

Investigators then traced the path of the bullet to O’Shea’s unit but have not yet determined which weapon fired the shot. The case has been referred to the Illinois Office of the State’s Attorney Appellate Prosecutor.