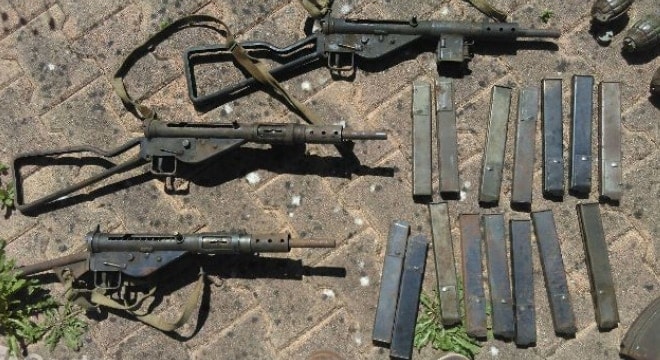 Odds are, a little elbow grease and some lube will get those STENs up and running again. (Photo: The Lyonne Republicaine)

A couple remodeling an old home in north-central France found a cache of ammo, grenades and submachine guns hidden under a granite floor, The Lyonne Republicaine reported.

The find was made in July by the couple in the Quarré-les-Tombes area, about 150 miles away from Paris. Cached under the floor were three STEN guns, over a dozen Britsh Mills bomb type fragmentation grenades, three handguns, more than 1,000 rounds of ammo, and several Bren light machine gun magazines. 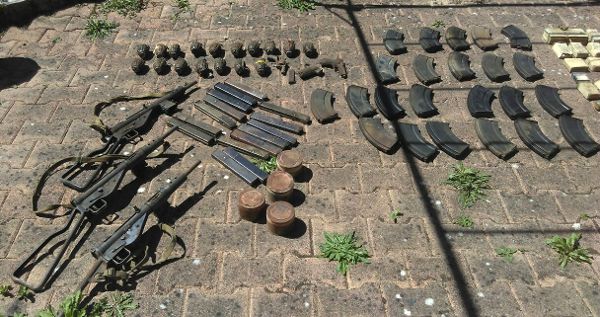 Two of the sub guns were engraved, one with the name Pepette and another in the name Alice.

The couple donated the find to the Museum of the Resistance in Morvan, who are demilitarising the weapons and plan to exhibit them starting next Spring.

According to the museum, the cache probably belonged to the Maquis Vauban, a Resistance group that operated in the area in 1943 and 1944. 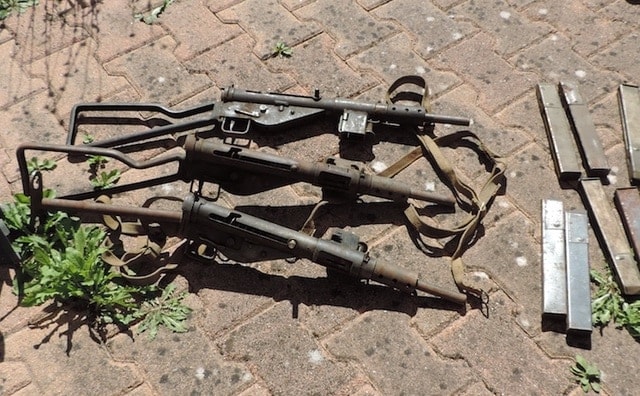 During World War II the Allies dropped literally tons of arms and munitions to local resistance forces across occupied Europe to give the Germans a little heartburn. Though squirreled away over 70 years ago, caches left behind by various underground groups have popped up in Denmark, France, and Latvia in recent months, as have individual arms buried during the war for one reason or another.