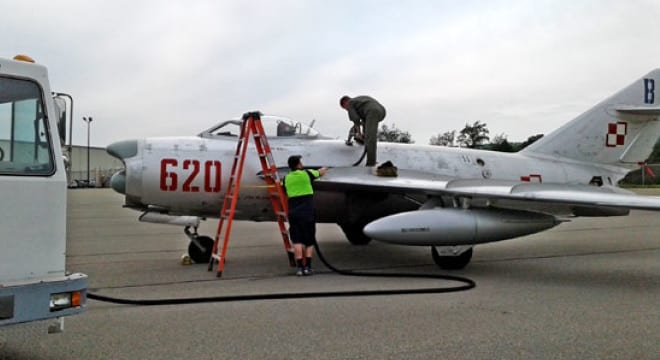 In all, over 10,000 MiG-17s were produced, with a few still flying in Third World countries. (Photos: Raptor Aviation)

Looking for a gently used but still airworthy MiG-17PF to help cut those commute times down? We know of a deal out there…

Raptor Aviation has a Polish-made Lim-5, which was a licensed version of the Soviet Mikoyan-Gurevich MiG-17 attack aircraft, up for grabs in a “Make Offer” sale. Located in the U.S., the Warsaw Pact combat aircraft was made in 1960 but has had the same owner in the West for the past 23 years and has been refurbished.

Powered by a Klimov VK-1K engine, the MiG, complete with Polish Air Force markings, has been “seen regularly on the air show circuit” according to Raptor and the new owner “could continue with that program if they desired.” 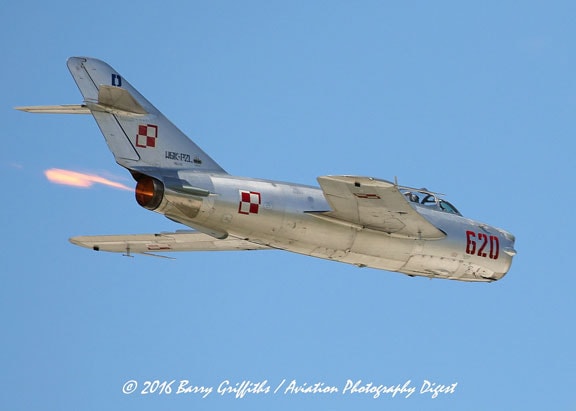 The MiG just passed inspection and even has new tires and airframe fuel hoses.

Constructed by PZL WSK-Mielec during the Cold War, almost 500 Lim-5s were made for the Polish military, remaining one of their basic fighter aircraft for a generation with some later passed on to Bulgaria, Indonesia, and other Eastern Bloc allies. In all, over 10,000 MiG-17s were produced, with a few still flying in Third World countries. 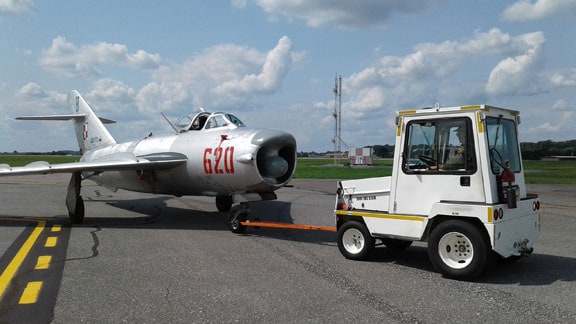 And if your piggy bank is big enough, your offer could put you squarely in the MiG club. Unfortunately, the original onboard armament to include a pair of 23mm NR-23 cannons and a 37mm gun most likely aren’t included.

Regardless, here is the jet in action in 2015 at the Lancaster Community Days Airshow, including a high-speed low-level pass.