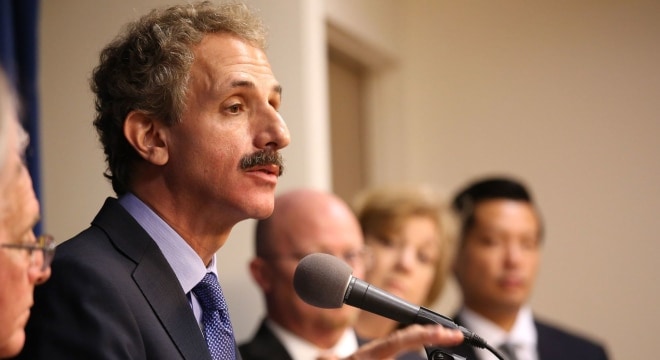 A gun control group comprised of prosecutors from across the nation are urging Congress to derail a sportsmen’s package that includes a measure to relax regulations on suppressors.

Prosecutors Against Gun Violence penned a letter to House Democrat and Republican leaders opposing the Sportsmen’s Heritage and Recreational Enhancement Act, or SHARE Act, an omnibus package of pro-gun bills that has drawn heat over its language to remove suppressors from National Firearms Act control.

“Current federal law requires all buyers of silencers to pass a background check and comply with other common-sense safety provisions,” says the letter, penned by 29 district attorneys from coast to coast. “And it is because of these very safeguards – the ones that the SHARE Act seeks to do away with — that silencers are rarely used in crimes. If those important safeguards are eliminated, we are concerned that incidents of silencer crimes will increase and threaten the safety of our communities.”

While the SHARE Act has 16 different components, the organization only opposes the Hearing Protection Act portion. The current language of the bill would eliminate NFA requirements for suppressors and would reclassify the devices as Title I rather than Title II firearms. This would allow the devices to be transferred through any regular federal firearms license holder to anyone not prohibited from possessing them after the buyer passes an FBI instant background check.

Though the measure passed the House Committee on Natural Resources last month, it has not been scheduled for a floor vote.

Among the arguments outlined by the PAGV — which is spearheaded by Los Angeles City Attorney Mike Feuer and Manhattan District Attorney Cyrus Vance, Jr.- – against the partial deregulation on suppressors is that they would make mass shootings deadlier and that they would foil ShotSpotter gunfire detectors increasingly used in big cities.

However, in response to a similar statement made by former Secretary of State and presidential candidate Hillary Clinton that suppressors would have made the Las Vegas shooting worse, a fact checker project operated by the Tampa Bay Times characterized such arguments as spurious.

Further, Ralph Clark, ShotSpotter’s CEO, told The Washington Post earlier this year his system has already detected suppressed gunfire and has plans to tweak their systems if needed.

“We believe we will have various options ranging from increasing our sensor array density to developing software/firmware to address the detection of suppressed gunfire if it were to become a widespread issue,” Clark said.

Founded in 2014 by Feuer and Vance with a group of 34 original members, PAGV promises to advance “prosecutorial and policy solutions to the national public health and safety crisis of gun violence” and have in the past focused on the dangers posed by guns in domestic violence incidents, calling for increased gun surrender mandates and policies at all levels.