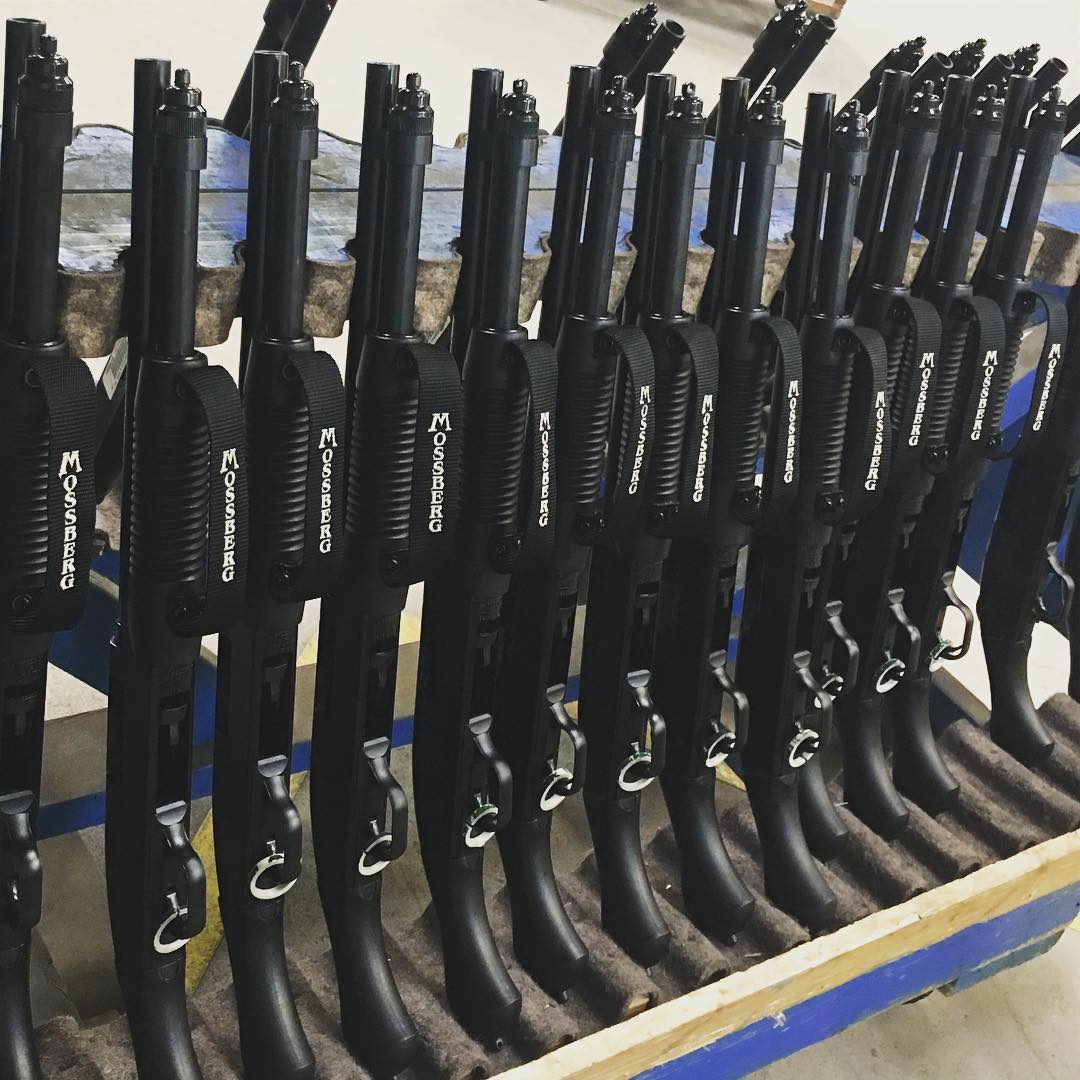 Mossberg said this week they are shipping the new model of their Shockwave 590 to distributors chambered in 20 gauge. (Photo: Mossberg)

A follow-up to their 12 gauge model released at SHOT Show in January, the NFA-compliant Shockwave features a 14-inch cylinder bore barrel while keeping the overall length just a hair over 26-inches to keep out of tax stamp territory.

Like its big brother and most Mossberg shotguns (which the Shockwave is not), the six-shot firearm includes an ambidextrous top-mounted safety and front bead sight. To keep the user’s hand firmly planted on the pump, it comes standard with a strapped forend.

While compliant with federal laws on short-barreled shotguns, Mossberg cautions there could be local or state regulations that prohibit the sale of the Shockwave gun in some areas. New Jersey comes to mind– though Texas, where the firearm is made– recently adjusted the Lone Star State’s regs on such things.