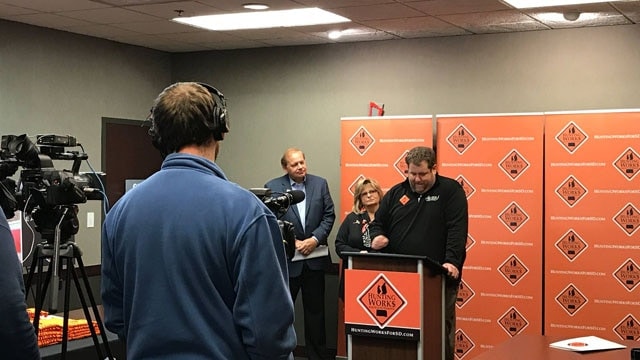 Hunting Works for South Dakota joins 16 other states across America in an effort to “tell the story” of the sport’s financial impact, furthering the footprint of the National Shooting Sports Foundation’s Hunting Works for America program established in 2010.

“South Dakota is best known for our pheasant season, as well as some of the best upland, waterfowl and big game hunting in North America,” said Casey Weismantel, executive director of the Aberdeen Convention and Visitors Bureau and co-chair of Hunting Works For South Dakota. “In our area we welcome hunters and hunter dollars. We want to help tell the story of the larger economic impact that this sport has on the greater Aberdeen area and the state as a whole.”

“It’s no secret that hunting is a big deal for a lot of people in South Dakota. I personally see the strength of our hunting heritage every year,” he said. “There is something really great about seeing second and third generations coming into the store preparing to go out hunting together. There’s nothing more special than to hear years of memories created through family hunting traditions.”

“South Dakota is home to world-class hunting and we couldn’t be happier to expand Hunting Works For America in a state that opens wide its doors to sportsmen and women from all across the globe,” said Chris Dolnack, senior vice president and chief marketing officer for NSSF, in a press release Tuesday. “With a population of less than 1 million people, South Dakota may not be largest state in the union, but the footprint that hunting has on the state is truly astonishing.”