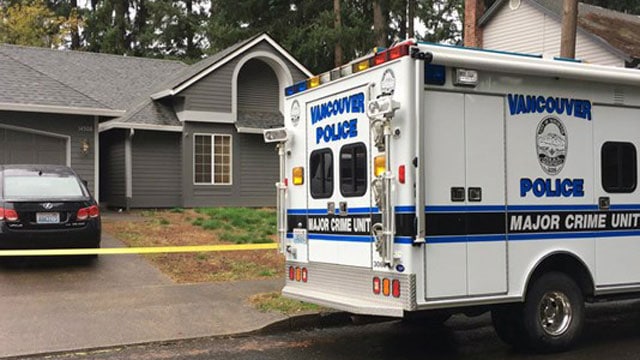 The incident is being investigated by the Vancouver Police Department Major Crime Unit. (Photo: Taylor Viydo/KGW)

A former mayoral candidate in Vancouver, Washington, shot and killed a man lurking in his backyard early Wednesday morning.

Steven Cox, 60, confronted a prowler, 30-year-old Ryan Anderson, in a fenced-in area of his yard around 5 am, a struggle ensued and escalated ultimately ending in gunfire, Vancouver police said in a statement.

A neighbor told reporters he heard arguing before the gunfire. “It sounded like he said, ‘Don’t move,’ or, ‘Don’t get up,’ or something like that,” recalled the neighbor, who did not want to be identified.

The neighbor said a single gunshot then rang out. Anderson was struck by gunfire and, after officers arrived on the scene, was rushed to the hospital where he later died.

Police did not say whether Anderson was armed. At this time, no charges have been filed against Cox, but the incident remains under investigation by the Vancouver Police Department Major Crime Unit.

Cox previously entered the race for Vancouver mayor, but withdrew in September following an incident concerning a city councilor. Cox’s accusations against the city councilor were later proved false, prompting Cox to issue an apology. Cox blamed a brain injury and PTSD for the mix-up.