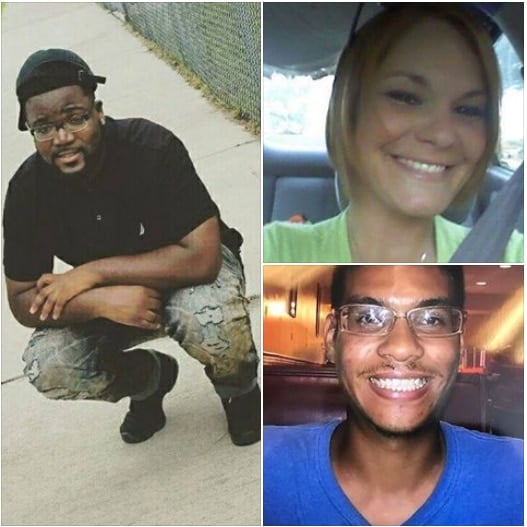 The federal government and a non-profit group offered a $25,000 reward last week for information about a killer prowling the streets of a neighborhood in central Tampa.

The Bureau of Alcohol, Tobacco, Firearms and Explosives partnered with Crime Stoppers of Tampa Bay to encourage anonymous tips about who might have gunned down three people over the last 11 days in southeastern Seminole Heights.

“I go from anger to frustration on these unsolved homicides,” said Brian Dugan, interim chief of the Tampa Police Department, during a press conference Friday. “Now we have someone terrorizing the neighborhood. It’s just difficult to see this happen.”

Law enforcement said the shooting deaths of the three victims — Benjamin Edward Mitchell, 22; Monica Caridad Hoffa, 32; and Anthony Naiboa, 20 — occurred within a 1 mile radius of each other and appear linked, though Dugan stopped short of calling the suspect a serial killer.

“We are still sifting through evidence,” he told reporters Thursday after the discovery of Naiboa’s body near 15th Street N. and E. Frierson Avenue, about 200 yards away from the Ellicott Street bus stop where Mitchell was shot Oct. 9. “We can call it what we want. If that brings attention to it, that’s fine.”

Police found Hoffa’s body Oct. 13 in a vacant lot six blocks away. She was last seen walking through the neighborhood two days earlier.

With no known motive or leads, Dugan cautioned residents against walking alone at night, but urged the community to be vigilant in helping to catch the killer.

“We’re not going to be held hostage by whoever is doing this,” he said. “We need everyone to come out of their homes at night, turn on their porch lights, and just not tolerate this type of terrorism.”

Anonymous tips can be submitted online through Crime Stoppers of Tampa Bay or by calling 1-800-873-8477 (TIPS).