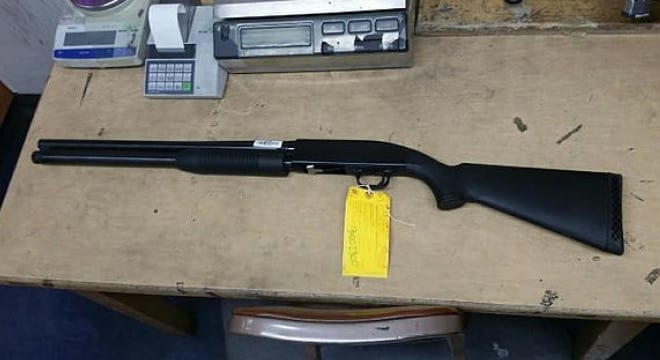 According to Feuer, a 10-year-old child in Rocca’s home showed a visiting friend the shotgun, which was located in a closet. (Photo: LA City Attorney)

A Los Angeles man is set to be arraigned Monday on one count of not properly storing a gun after officers found an unsecured shotgun in his home — a violation of the city’s safe storage requirements.

City Attorney Mike Feuer announced earlier this month that Angelo Rocca, 43, was charged by his Gun Violence Prevention Unit over how Rocca had his shotgun stored.

According to Feuer, a 10-year-old child in Rocca’s home showed a visiting friend the shotgun, which was located in a closet. The friend later told school officials about the gun, which resulted in the LAPD visiting Rocca’s home where they found the shotgun loaded and accessible.

“Locking up guns saves lives,” Feuer said in a statement. “It also prevents crime: Lost or stolen guns are the major source of crime guns in Los Angeles. We have to hold adults accountable for safely storing their firearms.”

In 2015, the city adopted the current storage scheme, which goes further than state gun safety requirements, mandating that firearms be stored in a locked container or disabled with a trigger lock that has been approved by the California Department of Justice.

The legislation was drawn up by Feuer, the inaugural co-chair of Prosecutors Against Gun Violence, and was based on a controversial 2007 ordinance in San Francisco that has been challenged all the way to the Supreme Court by the National Rifle Association.