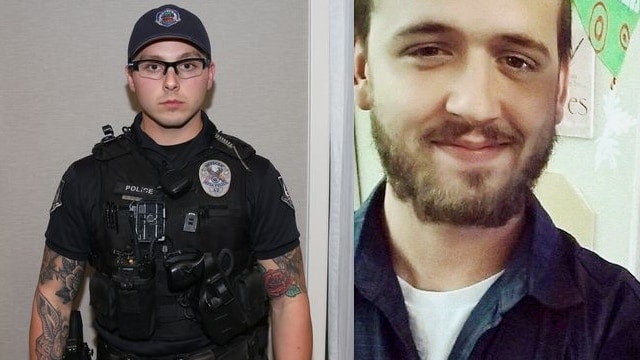 An attorney for a former officer in Arizona who shot and killed an unarmed man at a hotel early last year doesn’t want a jury to see body camera footage of the killing during the trial’s opening statements this week.

Philip “Mitch” Brailsford, 26, faces a second degree murder charge for shooting Daniel Shaver five times with an AR-15 in January 2016. Attorney Michael Piccarreta wants to prevent prosecutors from showing an 18-minute video of the killing to the jury right off the bat, according to the Arizona Republic.

In a memo filed in Maricopa County Superior Court, Piccarreta said it would be “extremely unfair to the defense” if the video was shown that early in the trial, because defense attorneys wouldn’t be able to immediately cross examine anyone about the video.

“This critical piece of evidence needs to be presented in the traditional way that evidence is presented so that both sides have the opportunity to question the witness about the video before it is played to the jury,” Piccarreta wrote in the memo.

He said he doesn’t object to the video being shown later in the proceedings. Judge George Foster noted that the law doesn’t usually allow evidence to be presented during an opening statement, but he said he might allow the prosecution to show an edited version of the video. Foster is expected to make a final ruling ahead of opening statements, which are set to kick off on Oct. 25.

Brailsford was one of several officers to respond to a La Quinta Inn on Jan. 18, 2016 in Mesa after calls came in about a man waving a gun out of his hotel window. Shaver was saying “please don’t shoot me” just before Brailsford opened fire in the hallway of the hotel. Brailsford and his attorneys say Shaver was reaching for his waistband when the officer opened fire. Piccarreta has said the movement was “identical to a draw stroke.”

Five other officers were in the hallway when Brailsford pulled the trigger, but he was the only one to open fire. Piccarreta said officers operate on a presumption that suspects are armed until they’re frisked. He also cited a sergeant on the scene who said he’d have shot Shaver if Brailsford hadn’t been in the way.

Shaver had been in his hotel room drinking and had shown a pellet gun to two visitors before police arrived. Last month, the judge in the case ruled that the jury won’t see a profane inscription on the dust cover of Brailsford’s service rifle. “You’re fucked,” it said.

Brailsford was fired from the Mesa Police Department in March 2016.