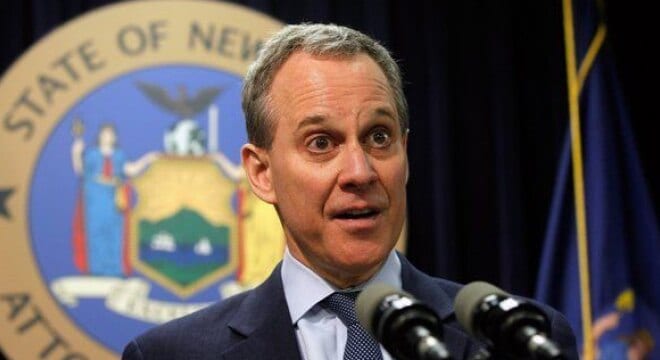 A group of attorneys general have gone on record in their opposition to legislation that would see greater acceptance of concealed carry permits nationwide.

Led by New York Attorney General Eric Schneiderman, the group penned a letter to Congressional leaders on both sides of the aisle this week voicing why they think national reciprocity for concealed carry is a mistake. The group contends each of their respective areas currently has rules of their lawmakers’ own choosing, designed around their local needs and in fitting to their own political climate.

“Rather than creating a new national standard for who may carry concealed firearms, these bills would elevate the lowest state standard over higher ones and force some states to allow concealed carry by people who do not qualify under their laws,” says the letter, whose signatories include Massachusetts Attorney General Maura Healey and California Attorney General Xavier Becerra.

Schneiderman — an advocate of increased gun control, default enforcer of New York’s strict SAFE Act, and backer of fights against even stun guns and toy guns — said a move towards increased reciprocity is ill-conceived and would override local public safety decisions.

“What’s right for one state is not right for all. This lowest-common-denominator approach would undermine states’ basic responsibility to protect our communities – including by determining who may carry a concealed, loaded gun within our borders,” Schneiderman said in a statement. “This legislation would risk the lives of our families and our law enforcement officers while facilitating gun trafficking and promoting mass violence – and Congress must swiftly reject it.”

Introduced in January by U.S. Rep. Richard Hudson, a North Carolina Republican, HR 38 currently has 212 co-sponsors, including a smattering of Democrats, in the House. Hudson’s bill would amend federal law to allow those eligible to possess a firearm to have a concealed handgun in any state that allows individuals to carry a pistol or revolver. Those who do so would have to carry a valid permit with them as well as a photo ID. The bill also applies to nonresident permit holders. A companion measure, U.S. Sen. John Cornyn’s S.446, has 38 co-sponsors, all Republican.

Schneiderman’s letter was applauded by both Everytown and Giffords, the gun control organization fronted by former U.S. Rep. Gabby Giffords, who survived a 2011 assassination attempt by a deranged gunman. “Federally mandated concealed carry is both an assault on states’ rights and an attack on police,” said Peter Ambler, executive director at Giffords. “As chief law enforcement officers, these Attorneys General understand the serious, adverse consequences that federally mandated concealed carry, absent training or a strong national standard, would have on public safety.”

This article was updated from the original to show that the letter was signed by 17 AGs from 16 states and the District of Columbia rather than from 17 states.