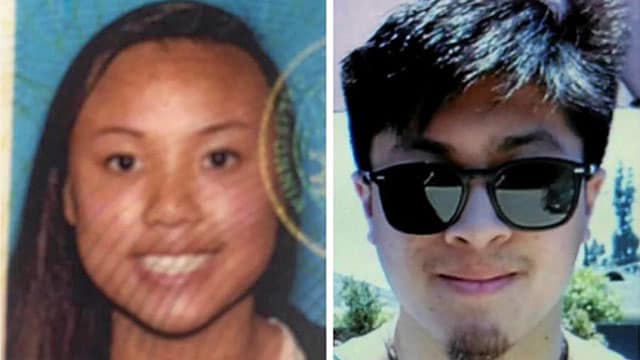 Reports indicate Rachel Nguyen, 20, and Joseph Orbeso, 21, chose to end their own lives rather than continue to face the elements with no food or water. (Photo: National Park Service)

The San Bernardino County Sheriff’s Office confirmed Friday that a couple found dead in Joshua Tree National Park last week died in what appears to have been a murder-suicide.

The bodies of Joseph Orbeso, 21, and Rachel Nguyen, 20, who had been missing for nearly three months, were discovered in a remote location of the park by search crews Oct. 15, according to a release from the sheriff’s office. The area where the bodies were found is inaccessible by vehicle and additional crews were brought in via helicopter after the discovery.

Authorities did not formally release a motive, but confirmed that the couple was found under a tree with their clothing positioned across their bodies as if to protect them from the sun. The sheriff’s office also noted they were completely out of water and it appeared the couple had been rationing their remaining food. Orbeso’s father, who was present when the bodies were found, said the bodies were locked in an embrace.

Authorities also confirmed a gun, which was legally owned and registered to Orbeso, was found near the bodies. “There was nothing like a note or a phone call to explain the circumstances that we found,” said Cindy Bachman, a Sheriff’s Department spokeswoman. “It’s unfortunate because it leaves questions for their family.”

But Bachman also noted there was no indication from anyone that Orbeso ever intentionally put Nguyen’s life in danger. In fact, Nguyen’s family said in a statement that they believe the act to be a “sympathetic murder-suicide,” and said they “hold no grudges against Joseph or the Orbeso Family.” The family said they are grateful for the chance for a proper burial and to finally lay Nguyen to rest.

The couple was reported missing July 28 by the owner of a bread and breakfast where the couple was staying. The owner told authorities he believed the couple had gone hiking in the park that day but never returned. Later that same day, the couple’s vehicle was found near a trailhead in the park, and a search was immediately started.

Altogether, more than 2,100 hours were spent searching for the couple through the park’s sometimes less than forgiving terrain. A dozen personnel were injured during the search, and as the likelihood of finding the couple alive decreased, so did the searches.

The Joshua Tree Search & Rescue wrote in a Facebook post following the discovery that it’s surprisingly easy to get lost in the park’s more 800,000 acres. “You can take a short hike and lose sight of the road, and, if you didn’t pay attention to what the landmarks look like, in the opposite direction, you could start wandering,” the post said, while urging hikers to never assume finding their way back is assured.

The investigation is ongoing and, although it may be difficult due to the conditions of the bodies, officials are working to determine when the couple died.