Mother, son and daughter arrested for string of robberies 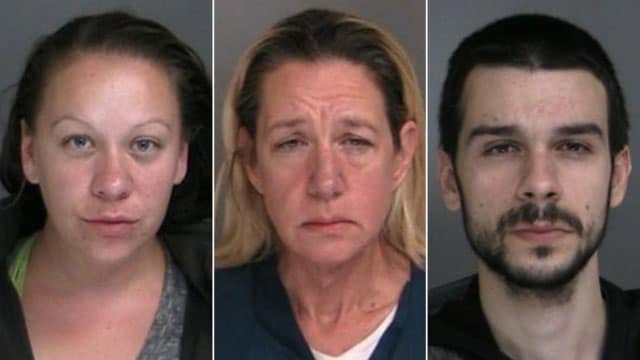 Three people were arrested after an armed robbery of a Long Island Dunkin Donuts on Saturday night, and authorities say the trio – who are mother, son, and daughter – are suspects in a string a recent robberies.

The latest robbery unfolded on Saturday when Rick entered the donut shop under the guise of wanting to buy donuts. But when he went to pay, the clerk told him they were about to close anyway, so he could just have the donuts for free. Rick, however, insisted he pay.

The unsuspecting clerk didn’t argue with the man, but when she opened the register to receive payment, Rick pulled out a knife and demanded all the cash in the till. The clerk ran to the back of the store, leaving the register open.

Rick then helped himself to the cash and went outside where his mother and sister were waiting in the getaway car. But by that time, officers arrived on the scene and arrested the family before they even got out of the parking lot.