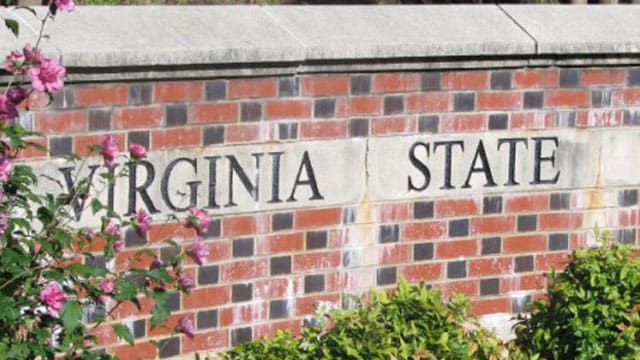 Virginia State University officials are trying to bring calm after campus experienced two separate shootings in less than a week.

“I am saddened by the recent events that threaten the security of our campus,” Abdullah said in a statement Friday, adding, “A positive college experience starts with our students and employees feeling safe on campus.”

Cat Braxton, the university’s Violence Prevention and Peer Mediation Coordinator, urged students via Twitter Friday to take control of their campus. “We have too many organizations on campus not to come up with some kind of solution,” Braxton wrote.

Thursday night’s shooting occurred behind a university building around 11 p.m. Officers with the Chesterfield Police Department responded to the incident and found a male suffering from a gunshot wound to the stomach. Local media reports a crowd of about 200 people dispersed as police responded, but it’s unclear at this point why the crowd was gathered.

The victim, a student at the university, was taken to a local hospital for medical treatment. His injuries are considered life-threatening. There are no reports of any arrests, and information concerning a suspect has not been released.

Five days prior to that shooting, on Saturday, as the university celebrated its homecoming, another man was shot around 8:25 p.m. in the parking lot of the football stadium. The shooting, which Abdullah called an “unfortunate” and “senseless act of violence,” led to a more than four-hour lockdown of the campus.

The victim, who was not a VSU student, is expected to survive his injuries. The suspect in that shooting remains at large. Authorities confirmed the shootings appeared to be unrelated and isolated incidents.