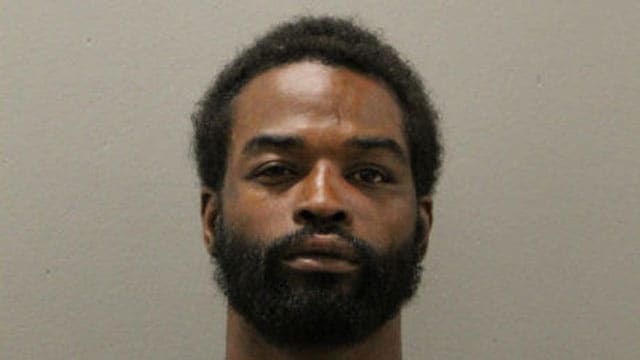 A man was arrested in Chicago on Sunday afternoon following a police chase in which he pulled two guns on an officer, then tried to take the officer’s gun as well.

Authorities say the incident unfolded around 1:40 p.m. when the officer, whose name was not released, approached a group of people gathered on the city’s South Side. But as the officer got close, 33-year-old Jamie Harrison ran away.

The officer chased Harrison, and when he caught up to him, a struggle ensued. During the physical altercation, Harrison pulled a revolver from his waistband and placed it to the officer’s chest, but the officer was able to wrestle the gun away.

However, Harrison then pulled a second gun on the officer, and while the officer was able to gain control of that weapon as well, Harrison then tried to take the officer’s holstered service weapon. By that time, additional officers arrived on the scene and helped subdue Harrison.

Both the officer and Harrison were taken to the hospital for injuries they sustained during the struggle. The officer remained hospitalized in stable condition as of Monday afternoon. Harrison was treated and released.