Woman fatally shot as she breaks into neighbor’s home 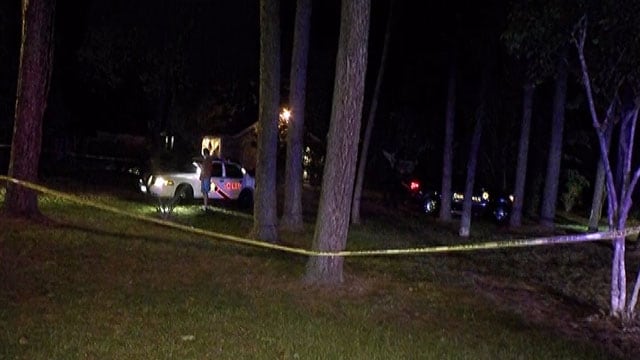 The homeowner was waiting for police to arrive when the suspect successfully forced her way through the door. (Photo: Scott Engle / Montgomery County Police Reporter)

A 38-year-old woman was shot and killed Saturday night when she tried to break into her neighbor’s home in a Conroe, Texas, subdivision.

The investigation is ongoing, but as of late Sunday, no charges have been filed, and no arrests have been made, according to reports from the Houston Chronicle.

Authorities say the incident unfolded shortly after 9 p.m. when the homeowner, whose name was not released, found her neighbor, Marci Green, trying to break in through her front door. As the homeowner retrieved a .45-caliber handgun, Green then went to the back side of the home.

At the back door, the homeowner repeatedly warned Green not to come inside, but her warnings went ignored. According to Precinct 1 Justice of The Peace Wayne Mack, Green was able to open the screen door and forced her way through the second door. The homeowner said she feared for her safety and fired a single round, striking Green in the abdomen.

Mack said the homeowner had already called the police and was waiting for officers to arrive when the call was upgraded from a burglary in progress to shots fired. Officers arrived soon after the shooting, and Green was transported to an area hospital, where she was officially pronounced dead just after 10 p.m. Mack said he has ordered an autopsy to be performed on Green.

Montgomery County Sheriff’s Lt. Scott Spencer said physically the homeowner is unharmed, although she remains “shaken up, upset and distraught” over the ordeal. It’s unclear what, if any, relationship the two women had, but part of the investigation will include determining whether there were any prior problems between them.

According to the Montgomery County Police Reporter, Green has a prior criminal history that included a number of theft and drug-related charges.

Spencer said once the investigation is completed, the case will be turned over to the District Attorney’s office to determine whether any charges are appropriate.