Armed intruder behind bars after being shot by homeowner 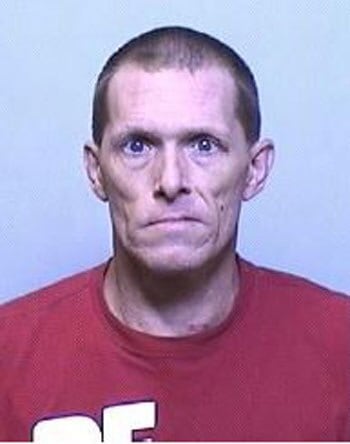 Jimmie Dunn, Jr. got the money he was after, but he also got a few gunshot wounds. (Photo: WITN)

A man is facing multiple charges after he was shot by a homeowner during a break-in at a home in North Carolina early Friday morning.

Jimmie Dunn, Jr., 43, is accused of forcing his way inside a home in New Bern shortly after 6 a.m. Police confirmed Dunn was armed with a gun.

Once inside, Dunn apparently confronted the homeowner and demanded money. The homeowner handed over cash, but then a struggle ensued between the two men. During the struggle, however, the homeowner was able to retrieve a gun and fired several rounds, striking Dunn.

Once officers arrived on the scene, Dunn, who suffered multiple gunshot wounds, was transported to the hospital, where he was treated and released into police custody. He was charged with first-degree burglary, robbery with a firearm, and assault with a deadly weapon. He is being held on a $1 million bond.