Father stabbed, then shot after refusing to give up cell phone 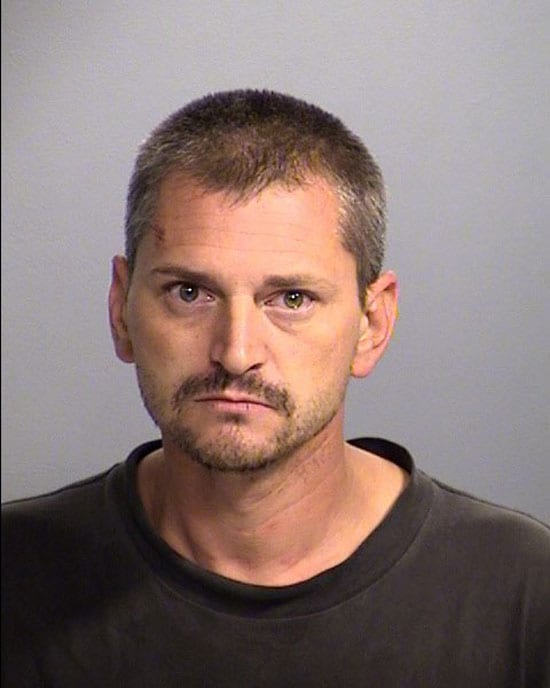 A man was brutally slain in the dairy aisle of an Indianapolis grocery store Friday night after he refused to hand over his cell phone.

Indianapolis police arrested Jason Cooper, 37, for the shooting death of 43-year-old Carlos Castro during an attempted robbery inside a Kroger on the city’s south side, according to a statement.

Investigators have not confirmed it yet, but the victim’s family thinks he was likely shot with his own gun. His family told reporters Castro, a father of three, regularly carried a gun for protection.

That night, he was trying to empty the gas tank to do some work on his vehicle later, local media reports. Castro’s wife asked him to grab her some juice while he was out, so he stopped at a Kroger. That’s where he encountered Cooper.

Cooper, however, told authorities that “some guy” dropped him off at the store, and he didn’t remember much else, other than “everyone in the store including the babies in strollers had guns.”

Douglas McLean, an acquaintance of Cooper, said he used methamphetamine and previously displayed paranoiac tendencies. Witnesses who saw Cooper in the store that night said he displayed odd behavior.

Moments later, witnesses say, Cooper pulled out a knife and stabbed Castro in the neck. Then, Cooper fired a single shot – likely from Castro’s gun – before Castro dropped to the floor. The same witness said after Castro was on the floor, Cooper put his foot on the man’s chest and fired two more shots.

Cooper ran out of the store and, in the parking lot, stole a woman’s car at gunpoint. A customer immediately came to Castro’s aid, performing CPR, but despite efforts to save him, Castro died inside the store.

Officers responded to the scene and found Cooper driving in the stolen car soon thereafter. He led police on a short pursuit before crashing the car and captured following a brief foot pursuit.

Police recovered a gun from the back seat of the stolen car and found an empty holster near Castro’s body.

Castro’s widow called her late husband a “good man” and told reporters it was “not fair” that he was killed.