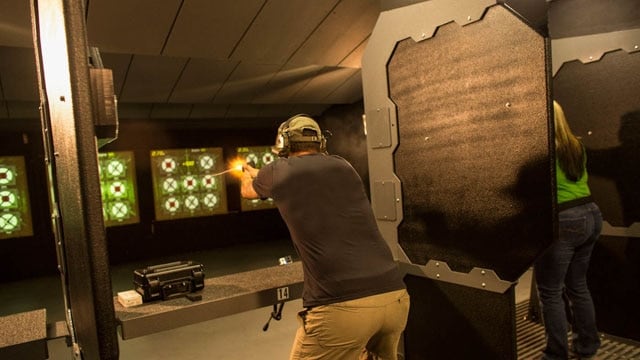 Chris Dolnack, senior vice president and chief marketing officer for the National Shooting Sports Foundation, said in a press release Oct. 10 nearly 200 news outlets published the story, reaching more than 17 million readers. The association made contact with another 11 million through email campaigns and social media engagement in an attempt to get more people out an the gun range all month long.

“We were not disappointed,” Dolnack said. “National Shooting Sports Month, the first nationwide event designed specifically to celebrate the shooting sports and enhance the connections between today’s shooters and the firearms retailers and range owners in their areas, was a success. Hundreds of retailers and ranges held events and promotions. Thousands of people participated in an array of shooting sports. A comprehensive media campaign reached millions and raised awareness.”

“With so much going on in people’s lives today, the shooting sports offer an opportunity to tune out distractions, learn a new skill, socialize and share their experiences,” he said. “It’s important to remember to pass on our traditions and to reflect on our unique freedoms that make participating in them possible.”

“I grew up in the mountains of northwest Montana, where I spent my time hunting and fishing on our shared public lands,” he said. “I was lucky to take my boys out on the same land that my dad and granddad took me … I’m focused on continuing that tradition by announcing this August, and every August under my leadership at Interior will be proclaimed National Shooting Sports Month.”

Dolnack said NSSF is already planning for next year and encourages retailers and ranges to do the same.