Burglar shot after breaking into home of off-duty cop 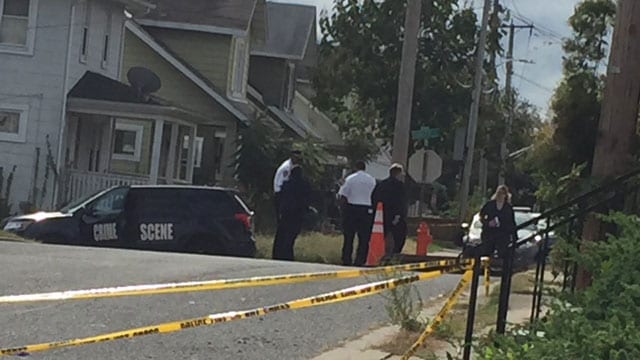 A man is dead after he broke into a Baltimore home Monday morning, only to find the home was occupied by an off-duty police officer.

Baltimore police Capt. Jarron Jackson said in a press conference the suspect was shot and killed with his own gun. “The police officer was a victim of a burglary. He wasn’t working, didn’t have his body-worn camera on. He wasn’t responding to a call for service,” Jackson said.

The incident unfolded around 11:30 a.m. when the officer awoke to the sound of an intruder in his home. The suspect, who was armed with a gun, apparently confronted the officer and demanded money, but the officer wouldn’t give.

Jackson said there is no indication that the officer and the suspect ever had any prior dealings with one another. “We think the suspect decided to break into his house, not knowing it was an officer, not knowing this would be the end result,” he said.

Nonetheless, the officer has been placed on administrative leave, as is standard protocol with officer-involved shootings. The name of the officer, nor the name of the suspect, has been released. Jackson said they are looking into other burglaries in the area to see if the deceased suspect may be connected to any of those.

Tyrone Greene, who lives in the neighborhood, told reporters his home was broken into a few years ago, prompting him to purchase an alarm system. He said he tries to be careful, keeping his doors locked and such, but finds Monday’s break-in disturbing, especially given the home belongs to a police officer.