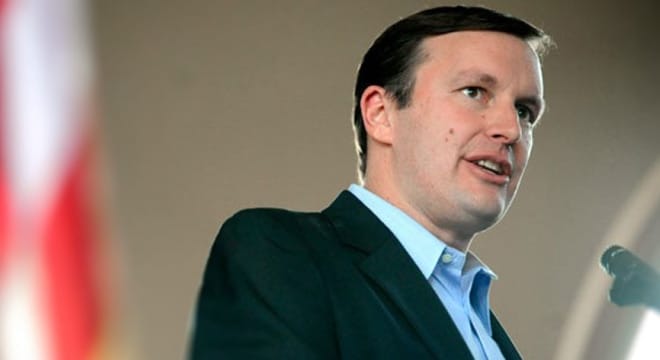 A group of 31 Democrats introduced a measure Wednesday mandating background checks on all gun sales in the country, though its prospects are slim.

The bill, S.2009, was submitted by U.S. Sen. Chris Murphy of Connecticut with most of the Senate’s rank and file Democrats and Independent U.S. Sen. Bernie Sanders in tow.

“This is old-fashioned common sense. People who can’t pass a background check shouldn’t be able to buy a gun and endanger your loved ones,” Murphy said in a statement.

Murphy’s Background Check Expansion Act would require most gun transfers first complete a Brady check. Exceptions would be for law enforcement, the military and security guards with weapons carried in the scope of their jobs and for some loans and gifts among close family. Guns used at shooting ranges or temporary loans for hunting or in cases “necessary to prevent imminent death” are also allowed.

This is not Murphy’s first time at bat with the concept. Last summer, he mounted a 14-hour filibuster during the discussion of an unrelated spending bill just days after the Orlando Pulse nightclub shooting, only yielding when promised he would get a floor vote on his universal background check bill. The measure failed 44-56, picking up fewer votes than the similar Manchin-Toomey bill in 2013 which came after the Sandy Hook shooting in Newtown.

Murphy’s latest effort drew quick support from national gun control groups including the Brady Campaign, who contend at least one in five guns today is sold without a background check; Giffords, which argue the link between universal background checks and reduced gun death rates is well-documented, and Everytown.

“It is high time Congress comes together to help keep guns out of the hands of people with dangerous histories,” said Shannon Watts with Moms Demand Action, part of Everytown. “That starts with closing the background check loophole and requiring criminal background checks for every gun sale.”

Traditionally, gun rights groups such as the National Rifle Association cite that expanded checks will not prevent mass shootings or solve violent crime while they would criminalize some private transfers “requiring lifelong friends, neighbors and some family members to get federal government permission to exercise a fundamental right or face prosecution.”

Others, notably Maine Gov. Paul LePage in the face of an Everytown-funded background check initiative in that state last year, have painted such attempts as a precursor to mandatory gun registration.

While Murphy’s bill is off to a strong start, odds are it doesn’t have the legs to cross the finish line.

With a slim 52-48 GOP majority in the chamber, even the prospect of a few Republican defections from outgoing red state Senators openly in conflict with the White House isn’t likely to bring the 60 votes needed for cloture in the body should Senate Majority Leader Mitch McConnell allow a floor vote on the matter. Further, should the bill somehow make it out of the Senate, it would certainly be dead on arrival in the House where the GOP can count on more numbers.

The measure is referred to the Senate Committee on the Judiciary.