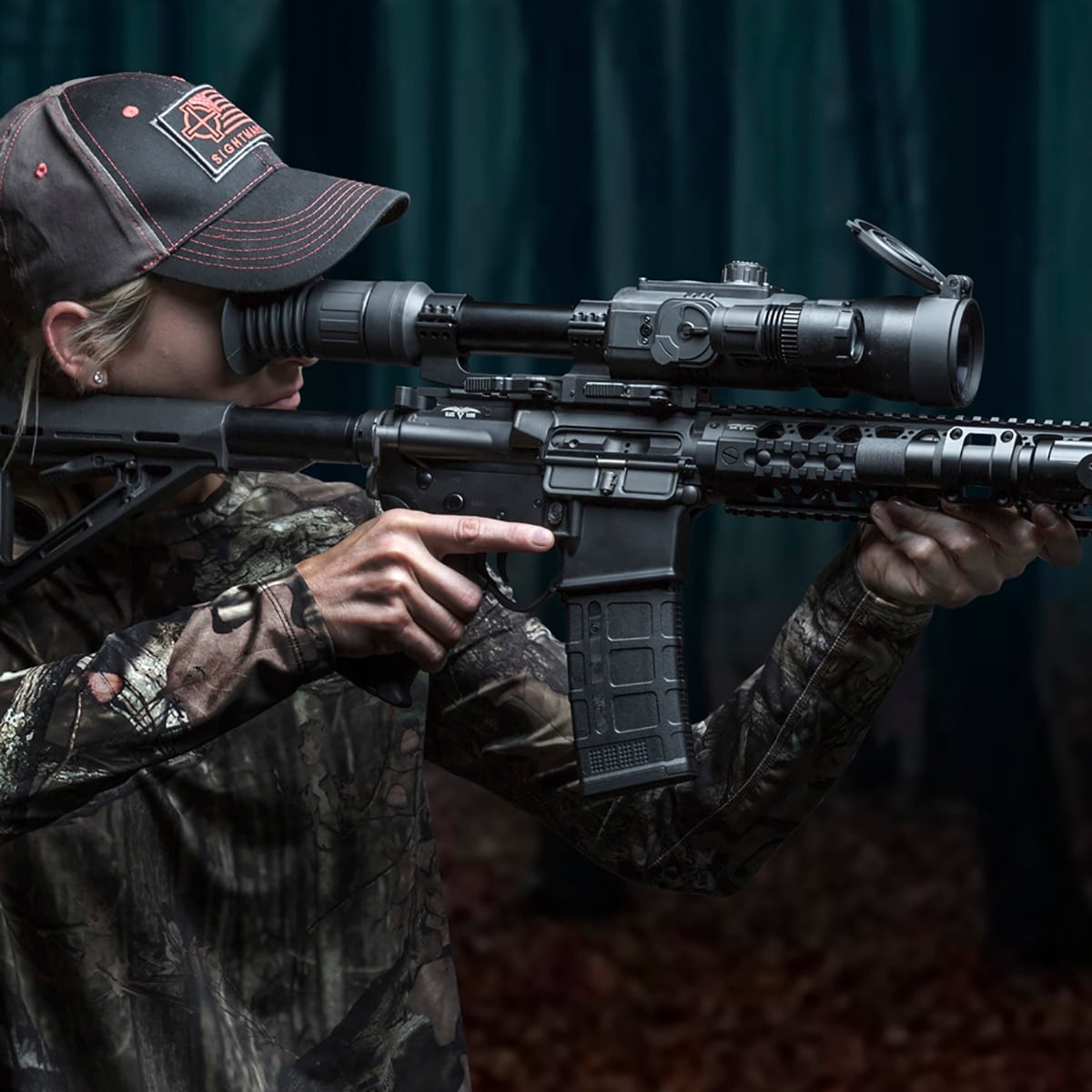 The RT series takes an updated approach to its predecessor, offering an improved core as well as user-friendly features. All the while, the RT keeps with Sightmark’s simplicity and durability — attributes that contributed to the success of the XT line.

The RT boasts four models: Photon RT 4.5x42S, Photon RT 4.5×42, Photon RT 6x50S and Photon RT 6×50. Though the series is touted as night vision capable, the RT does also work in daylight. The riflescopes utilize a 768×576 CMOS sensor with 40 percent higher resolution over the XT. The RT also comes equipped with a detailed 640×480 LCD display.

Hunters will appreciate the integrated built-in video recording with 2X digital zoom as well as sound capability to capture hunts. The scopes are compatible with the Pulsar Stream Vision app to allow remote viewing on smart devices.