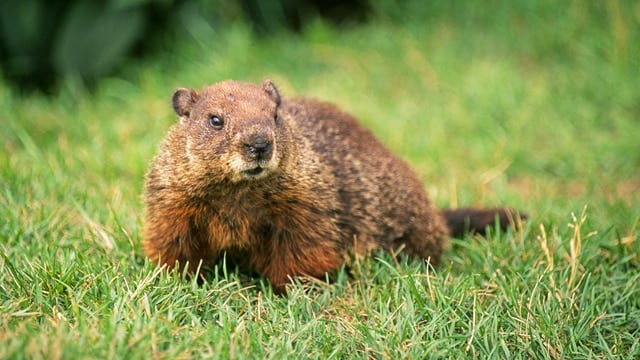 Wisconsin senators have scheduled a vote this week on a proposal removing groundhogs from the state’s protected species list — leaving residents to deal with the critters as they see fit.

The Wisconsin Assembly approved AB 323 on a voice vote in June. The bill establishes an open hunting and trapping season year round with no bag limits. A resident with the appropriate small game hunting and trapping licenses could participate, according to the proposal’s language.

It’s not the first time Wisconsin lawmakers mulled groundhog hunting. A near-identical bill introduced in 2013 met fierce opposition from animal rights activists, preventing any committee hearings, according to the Associated Press. This time around, only the Humane Society of the United States has registered in opposition.

Humane Society lobbyist Melissa Tedrowe told the Associated Press in May residents could use non-lethal methods of removing the animals from problem areas, such as plugging up holes with urine-soaked cat litter or building fences around gardens.

For the scores of bill supporters, however, such tactics appear futile. “These ‘ferocious herbivores’ … have the ability to ruin yards in a relatively short amount of time,” said bill co-sponsor Republican Sen. Tom Tiffany, during a natural resources committee hearing in May. “The combination of its prevalence and its nuisance … merit the removal of the woodchuck from the protected species list.”

Residents argue the animal’s insatiable appetite and constant burrowing destroys gardens, home foundations, sidewalks and roads. The holes left behind from their digging trips livestock and tractors, too.

Dan Cichantek, a trapper and director of the Manitowoc County Fish and Game Protective Association, told lawmakers in May the animals have even dug up the county’s water waste treatment ponds and hillsides. He supported open hunting and trapping seasons as early as 2008.

Republican Rep. Andre Jacque, who authored AB 323, said Wisconsin would be joining a dozen other states in allowing groundhog hunting, including Minnesota, Michigan, Illinois and Pennsylvania — home of the most famous groundhog of all, Punxsutawney Phil. He said the groundhog’s present status in Wisconsin as a protected species is “out of step with the rest of the states in the woodchuck’s natural range.”

“The fact remains there is no question of woodchucks’s abundance or their destructive capability and it lessens the credibility of Wisconsin’s protected species list to list animals that don’t need to be specially protected,” he said.